STACEY Solomon has sparked concern amongst her fans after going offline for over 24 hours while fiancé Joe Swash is on his stag do.

The TV presenter, 32, took a rare break from her Instagram stories after Joe was spotted chatting to a mystery blonde.

Ex-I’m A Celeb winner Joe, 40, jetted to Ibiza on Friday with pals including Dean Gaffney and Stacey’s dad Dave.

The Sun revealed he was seen talking to a female partygoer and later had his head in his hands as he chatted with a mate.

As he headed off on the trip, Loose Women star Stacey admitted being anxious  — and said her dad’s presence did not help.

She said: “He’s the biggest liability of them all. I’m so nervous.” 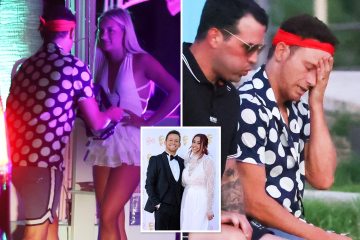 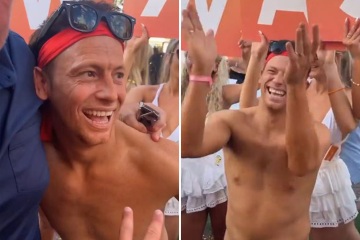 Speaking to her fans, she admitted: “Joe went really early this morning and I’ve just been on edge ever since.

“I know he’s not silly but I worry about random people around him. You know when you think ‘please don’t do anything silly.'”

Kicking off the lads holiday on Friday, Joe spent the day at a champagne-fuelled pool party surrounded by his closest pals.

The group were seen dancing in the VIP section of Ocean Beach Club – owned by Wayne Lineker – before Joe was greeted by a group of swimsuit clad hostesses.

The shirtless soap star seemed thrilled as he danced in front of the hostesses, who held up letters that read ‘SWASHY’.

Later on, Joe looked slightly worse-for-wear as comedian Rob filmed him roaming the streets after the heavy drinking session.

The star was previously surprised by his friends with a mock I’m a Celebrity campmate outfit at the airport.

Joe recreated his camp look from 2009 by wearing a bandana, a khaki green T-shirt and red shorts.

Joe and Stacey got engaged in 2020 and their wedding is now just weeks away.

The pair had wanted to tie the knot last summer, but delayed it so all their children could be there.

Stacey, who is also mother to sons Zachary, 13, and Leighton, nine, from previous relationships, gave birth to their youngest child Rose on October 4, her 32nd birthday. 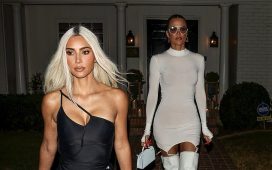 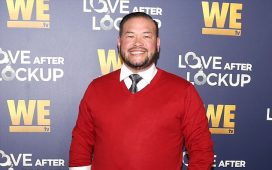 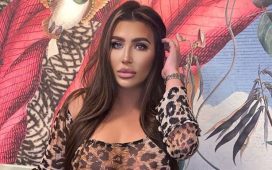 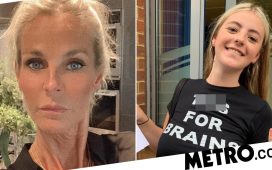 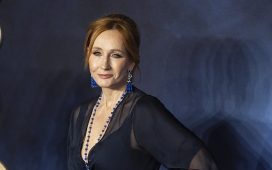 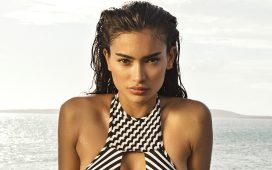 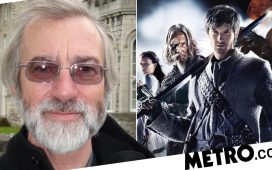 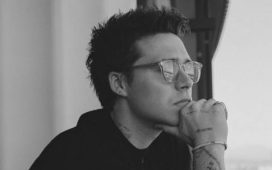