STACEY Solomon has praised Ashley Cain’s bravery after his daughter Azaylia was rushed into hospital.

The Loose Women presenter, 31, took to her Instagram to share her love and support towards the the reality star and his terminally ill little girl who has a very rare form of leukaemia.

Ashley, 30, has shared their heartbreaking journey over the past six months on social media and yesterday his fans called on the nation to clap for his daughter as she faces her final days.

Stacey, who is mum to Leighton, eight, Zachary, 13, and one-year-old Rex, wasn’t able to take part so she took to Instagram instead to show her respect.

The mum-of-three wrote: “I’ve seen a lot of you clapping for beautiful Azaylia tonight.

“It’s just the most unimaginable heartbreaking thing that I’ve seen and experienced with too many previous families.

She continued: “Thinking of all of the children, parents, family’s and loved ones going through this unimaginable heartache.

“Thinking of all of the amazing and brave heroic children I’ve been privileged to meet in fighting these battles that they don’t deserve.

“And all of the strong parents and loved ones behind them.

“I’m so sorry @mrashleycain @miss_safiyya. I don’t know you personally but your strength is inspirational.”

The likes of Geordie Shore’s Marnie Simpson, Mrs Hinch and Abbey Clancy were among the famous faces who led the clap last night.

Ashley and partner Safiyya Vorajee were overwhelmed with emotion over the response and took to their social media to thank everyone.

Safiyya told her followers: “Thank you for your love and support.”

Turning to her little girl, she said: “Our street was so loud wasn’t it? Everyone has come out all for you baby girl.”

Just hours later Azaylia was rushed to hospital overnight as her heart rate rose above 200bpm.

Safiyya told her followers: Back in hospital tonight, Azaylia’s heart rate was over 200.

“Currently waiting for her blood results to see if we can get her some antibiotics to treat any infections.”

The normal heart rate for babies Azaylia’s age is between 80 and 160 beats per minute.

As she filmed paramedics pushing brave Azaylia into the hospital, she added: “You are amazing baby. Mummy and daddy promised to give you our 100% from day 1 & we will keep to our word whatever you need we will do for you baby.”

Their hospital visit came just hours after Ashley took Azaylia outside for her first ever walk.

The reality star – who first shot to fame on the first series of Ex on the Beach in 2014 – told how grateful he was to carry his baby daughter out in the fresh air after her leukaemia battle had stopped him.

Last week Ashley explained to fans that his baby daughter could only have “days to live” after doctors found more tumours growing.

In a heartbreaking Instagram video, Ashley said: “So last week we had the bone marrow test and the lumber puncture and bloods taken to send to Singapore in the hope that they could create therapy to save Azaylia’s life.

“Then we had to have a CT scan on her head and the results came back the next day to say she’s got two very big tumours on her brain.

“They also said that the chemotherapy that is usually given to treat leukaemia in the spine or the brain will not be available because she has too much pressure with these tumours.

“If they tried to go through the spinal tap it would kill her. At that point our world came down.

“Consultants said that they think she’s only got one, two days to live, it could even be that night.”

The devastating news comes after the couple had managed to raise over £1.5million in less than 24 hours in a bid to get their daughter treated in Singapore. 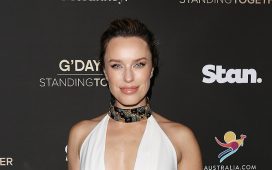 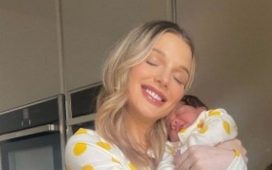 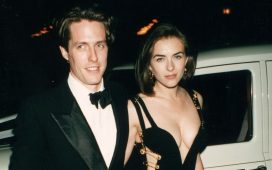 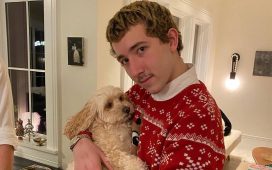 How Frankie Jonas Really Feels About His "Bonus Jonas" Nickname 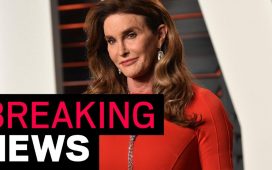 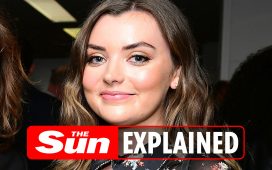