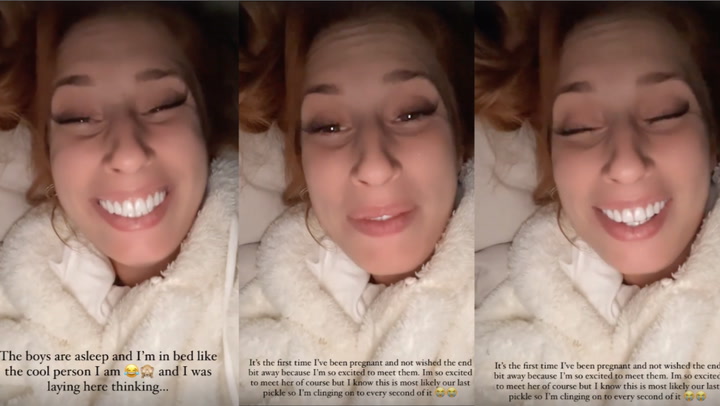 Stacey Solomon ’s fans have been left convinced that the pregnant star has gone into labour with her fourth child.

The Loose Women star, 31, appears to have taken a sudden social media hiatus since yesterday – a move which is very out of character for her.

The reality TV star is expecting her first baby girl with husband-to-be Joe Swash, and throughout her pregnancy, Stacey has kept fans updated with every small step.

That’s exactly why her sudden disappearance from social media has sparked speculation.

Stacey last posted on Instagram 24 hours ago when she unveiled her incredible Autumnal home decorations.

Fans are convinced Stacey has given birth
(

Since then, there has been nothing but radio silence.

Taking to Twitter and Instagram to share their thoughts on Stacey’s unlikely behaviour, fans insisted that the star was in hospital and giving birth to her long-awaited baby girl.

“Stacey hasn’t been on Insta in ages it feels like. She’s defo giving birth right now,” one follower suggested.

Stacey is expecting her first daughter
(

“Awh I hope she’s in labour. It’s not like her not to post every hour haha. Love her,” someone else gushed.

Meanwhile, a fourth admirer added: “I can’t wait for her next post to be the pic of her new baby.”

It comes after Stacey admitted that she was praying to have an easy labour.

Earlier this week, the much-loved star said she hopes her little girl will ‘just slide out’ as she looked ahead to the end of her pregnancy.


Stacey is already a proud mum to three boys
(

Joe and Stacey are expecting their second child together
(

Catching up with her 4.7 million followers from the comfort of her bed, Stacey admitted that she hasn’t had a minute to think about actually giving birth due to the fact she has been so distracted adding the finishing touches to her Pickle Cottage ahead of her baby girl’s arrival.

The star, who is also a proud mum to Zachary, 13, Leighton, 9, and one-year-old Rex, shared: “I was just laying here thinking. And firstly, I was thinking that I can’t believe I’m still pregnant.

“I thought I would have had her by now. But actually, this is the first time I’ve been pregnant and I haven’t wished for the end of my pregnancy.”

Stacey went on to reveal that she has no intentions of getting pregnant again after she welcomes her fourth child.

Stacey Solomon said she wanted her next baby to ‘slide out’

“I know that I won’t be doing it again, so I’m trying to enjoy every second of these last few weeks,” she shared.

“I was also thinking that I actually have to get her here now – into the world.

“I’ve got to push her out. I’ve been in denial about it for the last nine months, I think.

“It’s number four, so hopefully I’ll just sneeze her out. But to be honest, I know it’s going to be horrendous. I know it’s not that bad for everyone, but I really don’t love labour. I think it really bloody hurts,” Stacey giggled.

It’s been a huge year for Stacey and Joe, who got engaged, postponed their wedding, bought their forever home, and fell pregnant with the little girl they had always dreamed of. 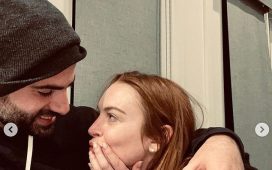 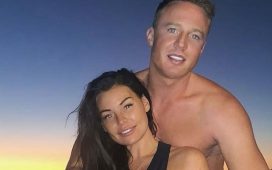 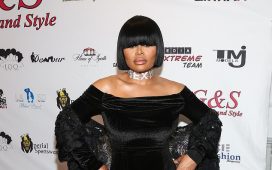