Alcohol is an intoxicating drink, not a delicious snack for squirrels – as one of the bushy-tailed tree-scramblers recently found out the hard way.

The thrilling episode unfolded in a beautiful tree-filled garden in Inver Grove Heights, a city on the outskirts of Minneapolis in Minnesota, after a woman apparently fed the squirrel some fermented pears.

Kathleen Morlock told Fox News she had been cleaning out her refrigerator when she found the forgotten pears, so decided to give them to her squirrel companion who she had been feeding while working from home due to the coronavirus pandemic.

Ms Morlock has named the squirrel “Lil Red”, and said after she put the pears out in her garden, Lil Red took them and ran away up a tree. But an hour later, he returned, and she noticed “he was acting funny”.

“He was tipping back a little bit and I thought ‘oh, I hope he’s ok’, then it dawned on me, those pears were so old I bet they fermented and he got drunk. And I did not mean to do that so I went out and grabbed all the pears – I’d put the rest out thinking he’d liked them – I grabbed them and threw them away. The poor little guy, he was drunk.”

The footage shot by Ms Morlock shows the squirrel at its feeding platform, rocking on his hind legs, with his little hands tucked up under his chest, and gazing searchingly at the sky.

As his mysterious squirrel speculations seem to become increasingly intense, his grip on the physical world wanes and he seemingly loses a degree of control of his faculties.

His upper body begins leaning further and further off to one side, his back arching as his head lolls backwards, until the whole rodent nearly topples from his perch.

Just as Lil Red looks as though he’s about to come crashing to the ground, he regains his balance, but begins his wild 100-yard stare into space all over again.

Fortunately, the squirrel appeared to come to no serious harm, as his behaviour has now returned to normal.

“In the morning, he came back for his little hangover breakfast and he’s been fine ever since,” Ms Morlock said.

This is not the first time Ms Morlok has posted a video which has become a viral sensation on the internet. As well as her resident squirrel she has a pet mini pig named Hamlet. A video she made of Hamlet being enticed down the stairs by a bowl of oatmeal when he was a piglet went viral about nine years ago. It is excellent. Watch to the end.

Creatures opting to consume intoxicating substances is not unknown in the animal world.

The pen-tailed tree shrew from Malaysia gobbles nectar from the flowers of the betram palm, which has one of the highest alcohol levels recorded in a naturally occuring food – at up to 3.8 per cent alcohol. The booze apparently has little noticeable effect on these would-be light-weights.

Some bats are also happy to nibble away at fermented fruits before taking to the skies in drink-flying instances – though they also appear to know their limits, with no ill effects reported, according to the National Geographic.

The same can’t be said of moose however. In 2011 one of the creatures, also known as elk, got juiced on fermented apples, and tottered into a low-standing apple tree and collapsed in a roaring heap, until it walked off in the morning.

The Independent has contacted various wildlife organisations for their view on the drunk squirrel. 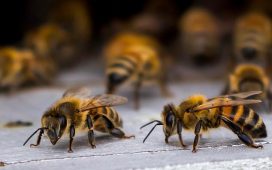 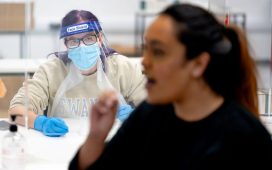 Self isolation could safely be cut to 7 days, Covid infection study suggests 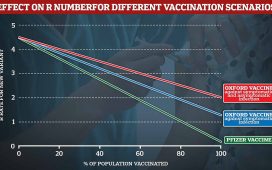 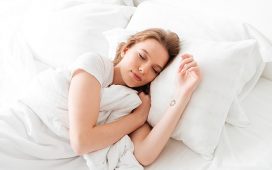 We're about to see a wave of long Covid. When will the government take it seriously? | George Monbiot