Spurs score after 57 seconds but draw with Wolves 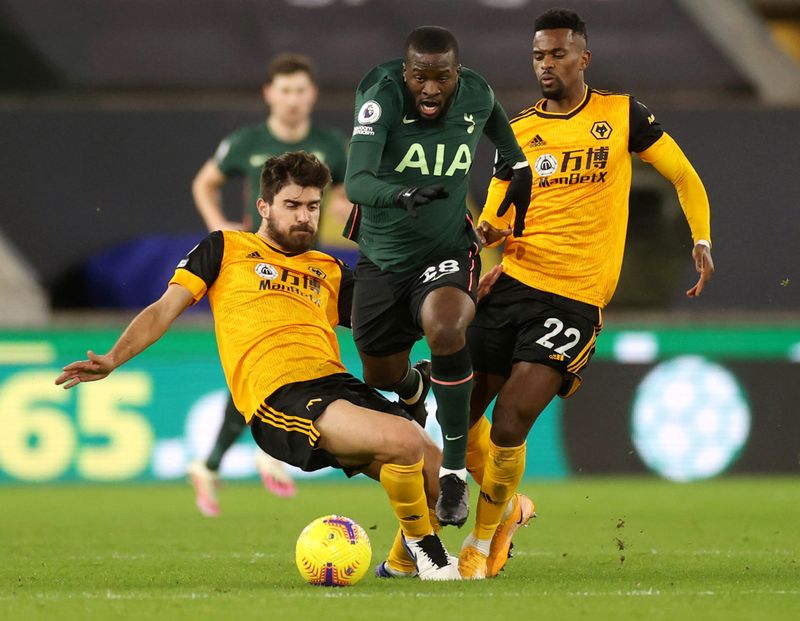 WOLVERHAMPTON, England (Reuters) – Tottenham Hotspur scored after just 57 seconds against Wolverhampton Wanderers on Sunday but Jose Mourinho’s men paid for a defensive display during the rest of the game as the hosts rescued a point with a deserved late equaliser.

After an even first half, Spurs dug in for the second period, seeking to demonstrate their new defensive steel under Mourinho as they repelled marauding runs from Adama Traore and trickery by Fabio Silva in the penalty area.

But Wolves were rewarded for their relentless attacking when defender Romain Saiss met a corner ahead of Harry Kane and headed the ball in for 1-1.

Spurs, who topped the league earlier in December, have now taken just two points from their last four games and are fifth in the Premier League, six points behind leaders Liverpool

Wolves, who were watched by their injured Mexican striker Raul Jimenez at Molineux stadium, are 11th on 21 points.