Splinter Cell animated TV show: Everything you need to know 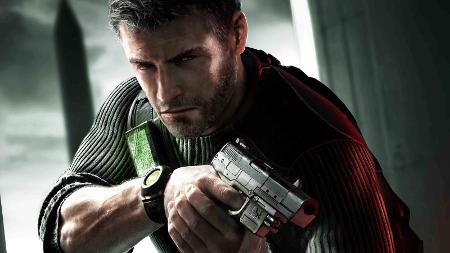 The classic stealth action game Splinter Cell may have been missing from consoles for the past generation, but Sam Fisher is due a surprise return to our screens with Netflix. A new animated show has been announced, with a big-name writer attached.

So, it may be time to dust off the night-vision goggles once more as we sneak up on the news surrounding Splinter Cell.

When is the release date for the Splinter Cell TV show?

Netflix has yet to confirm a release date for Splinter Cell, with production suspected to still be at a reasonably early stage.

In a March 2021 interview with Collider showrunner Derek Kolstad stated that it would likely be around 18 months until Sam Fisher arrived for his new adventure, which means the show should debut in September 2022 or thereabouts.

What is the plot of Splinter Cell?

The franchise is set in a world created by bestselling author Tom Clancy (who is also responsible for The Division and Rainbow Six series) and Ubisoft Entertainment.

The initial game released back in 2002 and introduced Sam Fisher, an agent for the NSA in their ‘Third Echelon’ Black Ops division, as he tries to avert a war triggered by the assassination of the Georgian president and his replacement by ruthless billionaire Kombayn Nikoladze.

Fisher must infiltrate the Georgian military headquarters, gather information, and try to save any allies caught up the web of intrigue and violence. It’s a spy thriller that features plenty of James Bond-style gadgets, Metal Gear Solid-inspired stealth, and its fair share of action.

We don’t know yet if the TV show will follow this origin story of Third Echelon but in the interview with Collider, Kolstad did state that, “Every season is going to be self-contained, outside of the evolution of the main character.

“I like having one big bad, one overarching story and one background story, with the A/B of it all, and yet, I look at everything I do — well, almost everything — especially in film and TV, as the best Westerns. He rides off into the sunset because he’s going to do the same fucking thing the next town over until he dies doing it.

“And with these characters that we get to have fun with, you want to see what their next step is. I remember back in the day, you see a sequel for something, you’re like, ‘Ugh, really?’ And then you see it and you’re like, ‘Kind of think that’s better than the last one. They took a little bit of a U-turn.’ And I think that kind of stuff is fun.”

Kolstad confirmed that Netflix has commissioned an initial series of eight episodes that will each be around half an hour in length, with the hope that a second series will follow shortly afterwards.

Who are the cast and crew of the Splinter Cell TV show?

Long-time fans of the game franchise will have one main question on their lips, ‘Will Michael Ironside return to voice Sam Fisher?’. At the time of writing, none of the cast details have been released, but we’d hope that Ironside’s gravelly tones will be heard once the series arrives.

As mentioned above, the showrunner/writer for Splinter Cell will be Derek Kolstad, who is the creator of the John Wick film franchise, wrote episodes for The Falcon and the Winter Soldier, and is also working on another upcoming game adaption – Hitman.

Here’s the Collider interview with Derek Kolstad in full:

Where can I watch the Splinter Cell TV show?

As Splinter Cell is a Netflix Original series, you’ll need a subscription to the streaming service to watch the show when it arrives.