It would appear that the mindfulness movement is overrun by preening narcissists. Who could have guessed? A Dutch study by Roos Vonk and Anouk Visser, entitled An Exploration of Spiritual Superiority: The Paradox of Self-Enhancement, is the first to measure how people feel they’re more advanced than others in terms of wisdom, self-knowledge and psychic intuition.

An investigation involving around 3,700 people found that practices that are supposed to minimise the ego tend to enlarge it and that those who put extra effort into enhancing spirituality – mindfulness retreats, aura-reading, past life-regression – are the smuggest, most self-aggrandising and unbearable of all (I may be paraphrasing a tad there). Such people cling to unmeasurable and irrefutable claims about their innate superiority, such as greater insights into the human condition, deeper compassion for others and more advanced psychic abilities (they sense things, dontcha know!). Most of us will have come across people like this. Roughly 99% will wish that we hadn’t.

These people are sashaying in yoga pants, banging on about “inner peace” and the “true self”, smiling with sad, wise eyes at your earthbound concerns and, the biggest “tell” of all, chiding you for making jokes. The self-styled spiritual hate jokes: they can’t do funny, so they desperately want to stop you using funny against them. Thus, humour, one of the most spiritually enriching qualities, one of the greatest human assets, is demoted to a mere “defence mechanism”. Humour threatens and undermines the professionally spiritual – they need to shut it (and you) down.

But hey, this is the time of year to make resolutions and, after a grind like 2020, people are entitled to search for meaning. They shouldn’t be lampooned or criticised for trying to broaden their horizons. However, as the study shows, too often this becomes less about “how can I be better?” to “how can I be better than you?”. Self-improvement morphs into a pious one-upmanship, a contest to become the most perceptive, enlightened, empathic, evolved. It’s no different, really, to travel bores droning on about far-flung beaches in Goa, only this time they’re “travelling to themselves”.

What I’ve found in life is that the genuinely spiritual don’t need to broadcast it or go on retreats about it. Truly spiritual people just are, but how could anyone make a quick buck out of that? There’s the real issue: mindfulness (awareness of how you think, feel, act, react) isn’t a bad thing, quite the opposite. However, there’s a global industry seeking to monetise it, turning people into self-absorbed, smug, crystal-stroking monsters determined to prove they’re a cut above spiritually as well as every other way. When you think about it, industries don’t have followers, they have clients. With the spiritual snake oil merchants, just like any other business model, the customer is always right.

Being nice won’t win Harry and Meghan many new friends

Do the Duke and Duchess of Sussex have anyone around them – anyone at all – who can tell them stuff, like, you know, the truth? That Archewell Audio podcast they just did for Spotify (multizillion deal, blah blah) makes you die inside for them. It’s the two of them blethering blandly about Being Nice and something Harry calls “cunneckshens”. Celebrity guests/friends (Elton John, Deepak Chopra… James Corden?) also spout Being Nice mega-twaddle, but only in self-controlled “audio diaries”, not even interviews.

I have huge sympathy for how Meghan was treated in the UK, and applaud the couple’s escape, but how long can they keep peddling cringeworthy platitudes such as “trust us when we say, love wins’’ (against what remains tantalisingly unclear)? Spotify must be panicking. Who, apart from piss-taking journalists, will want to listen for much longer?

Yet more bizarrely, after the legal tussles they’ve had with the media, they invaded their own privacy by dragging Archie on to cutely babble “happy new year”. While a world away from outside intrusion, isn’t this going to make it more difficult to argue for his right to privacy later? It doesn’t matter that Meghan and Harry’s podcast is ear-chewing drivel (plenty are). It matters that they’re throwing open a door they made such an effort to close.

Working-class people do read, you know. Like many others, I loved hearing about Tony Mortimer, formerly of the band E17, getting into reading in lockdown. Mortimer was scared away from books at school (mainly peer pressure) and experienced a new lease of life from taking up reading during the pandemic. He read his first novel at 50 and now he’s writing one. Go, Tony! It’s wonderful to hear about how much joy he’s getting from it and his enthusiasm is infectious.

However, let’s not go overboard. Mortimer could read before. There hasn’t been a festive miracle of adult literacy. This undercurrent of (what exactly – benevolent condescension?) niggled as I read about Mortimer’s newfound love for books. Just the impression that it was somehow amazing that, not just Mortimer, but any working-class person might want to read.

Working class-people have always read. In my working-class childhood, the arrival of the library van was an event in our village. People of all ages and types would queue for books. No one stood around, gasping: “Hark at the likes of us, reading!” like a Monty Python skit. Lining up for books was as routine as queueing for the fish and chip van.

Of course, many children end up drifting away from literature and that’s a tragedy. Let’s hope his example inspires others to resume reading, maybe even encourages young people not to give it up. Another tragedy is the undermining and underfunding of library services, which are so crucial to working-class communities in particular, because some people simply can’t afford to buy books. Other than that, while this has been a lovely story for the festive season, let’s be careful not to patronise working-class people who’ve been perfectly literate all along.

Inside an NHS hospital at the peak of the coronavirus crisis 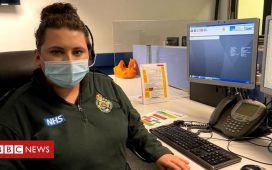 London Ambulance Service: 'We take thousands of calls every day – it's tough' 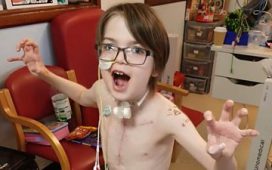 Kori, nine, says transplant gives him 'another chance at life' 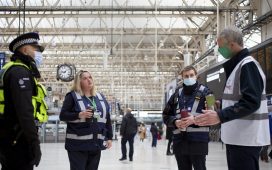 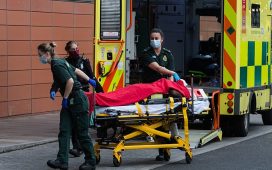