Spike in avian flu cases among poultry in western Asia


Since highly pathogenic avian influenza (HPAI) returned to Iran in December 2020, the number of confirmed outbreaks has reached 54. According to official reports to the World Organisation for Animal Health (OIE), presence of the H5N8 virus variant has resulted in the loss of more than 1.305 million poultry over that time.

The latest official reports from the Islamic Republic outline 13 outbreaks that started in the period February 14-24, and one on April 4. All involved backyard or village flocks of between eight and 839 birds. The majority of the outbreaks were in the northwest of Iran in the regions of East Azerbaijan, West Azerbaijan, Kurdistan and Qazvin. Other outbreaks occurred in the central region of Semnan, and in Razavi Khorasan in the east of the country.

In the period March 8-19, presence of the H5N8 HPAI virus was detected in six flocks of commercial poultry breeders in the south of Kuwait.

According to the latest report from the State’s veterinary authority, the affected flocks ranged from 65,000 to more than 272,000 birds. All were located in Wafrah. This is in Al Ahmadi governorate, where the earlier outbreak in March was confirmed.

As a result of the seven confirmed outbreaks, direct losses of poultry now exceed 714,000 birds, based on reports received by the OIE.

Over the past week, Nepal’s animal health agency has registered a further four HPAI outbreaks with the OIE. These bring the country’s total since January to six outbreaks that have directly involved more than 25,800 poultry. Most recent of these cases occurred in mid-March.

Among the latest outbreaks were two in backyard flocks, and two on farms. While two of the premises were located in Bagmati province in the Central region, the others were in Bheri zone, which is in the Midwestern Development Region.

Following a single outbreak of HPAI linked to the H5N8 virus variant in early February, the national veterinary agency has declared the situation “resolved” to the OIE. A flock of 22,000 broilers were directly impacted by the outbreak at Kushk in the western province of Herat.

Since the first week of February, the H5N5 HPAI virus was detected at different locations in Taiwan.

According to the veterinary authority’s official report to the OIE, the first two outbreaks occurred on farms. Affected were a flock of 2,000 breeding geese at Beidou in Changhua county, and another of around 6,700 native chickens at Lunbei in Yunlin county.

Towards the end of February, three duck carcasses discarded in Changhua county tested positive for the virus. In mid-April, the same variant was detected at Taixi in Yunlin county — in one flock of 742 meat geese, and another comprising 2,489 meat ducks.

These latest outbreaks bring Taiwan’s total since September of 2019 to 61, and direct losses of poultry through mortality and culling to almost 528,600.

Last week, the Yonhap news agency reported a suspected further outbreak of HPAI in a South Korean poultry flock. Symptoms were observed at a duck farm in Jangheung county, which is in South Jeolla province. An outbreak linked to the H5N8 virus variant had been confirmed in that area during the previous week. However, the agriculture ministry has yet to confirm the latest cases. As a result, the country’s total since November of 2020 remains at 108.

Over the past week, South Korea’s agriculture ministry has confirmed two new cases of HPAI in wild birds. Both were found in Goseong County in the Gangwon province, which is in the northeast part of the country.

An apparent recent deceleration in new HPAI cases in South Korea has been attributed to the seasonal departure of migratory birds.

The latest report from the veterinary authority to the OIE outline two outbreaks of HPAI linked to the H5N8 virus subtype. Affected were a broiler flock of 39,000 birds in the Miyakonojo city region of Miyazaki prefecture in the last week of February, and 77,000 laying hens in Haga town, which is in Tochigi prefecture. Restrictions remain in place in the area around the second of these outbreaks.

These latest cases bring to 52 the number of primary HPAI outbreaks in Japan since November of 2020. Including secondary outbreaks increases the figure to 76, with the most recent outbreak occurring on March 13. Direct losses of poultry through mortality and culling now exceed 9.972 million birds.

A H5N6 variant of the HPAI virus has been detected among a flock of around 300 wild birds in a forest park in Liaoning province, according to China’s agriculture ministry. At a forest park near the city of Shenyang, 11 of the birds died. The rest have been culled, the carcasses destroyed, and the area disinfected.

In late February, a five-year-old boy developed symptoms and was admitted to hospital. According to the European Centre for Disease Prevention and Control, he has recovered. The boy had contact with poultry, which tested positive for the same virus type. No further cases were detected among the child’s contacts.

Since 2014,  31 human cases of avian influenza A(H5N6) have been reported globally, according to the Hong Kong Centre for Health Protection. All 30 previous cases were in mainland China, with the most recent reported on March 26, 2021.

In November of 2020, the first human case of avian influenza A(H5N1) of the year anywhere in the world was reported to the World Health Organization. In Laos, the patient — a young girl — recovered.

View our continuing coverage of the global avian influenza situation. 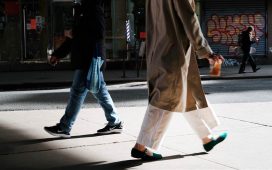 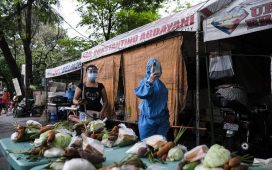 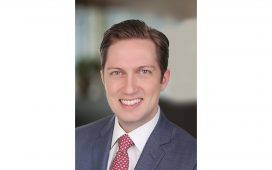 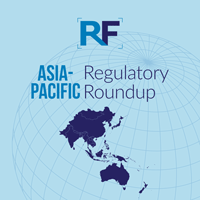 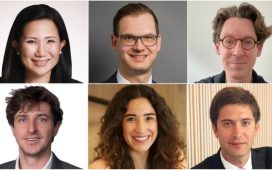