Spain will have the last word on who can enter Gibraltar under the terms of the preliminary post-Brexit deal announced this week, Spain’s foreign minister has said, in an assertion that was swiftly challenged by Gibraltar’s chief minister.

The agreement in principle – struck just hours before Gibraltar was poised to become the only frontier marked by a hard Brexit – will allow the British overseas territory to join the Schengen free movement area with Spain acting as a guarantor.

Gibraltar’s port and airport would become the external borders of the Schengen area, with checks undertaken by the EU’s Frontex border agency for an initial period of four years.

“Schengen is a set of rules, procedures and tools, including its database, to which only Spain has access. Gibraltar and the United Kingdom do not,” Arancha González Laya told Spanish newspaper El País in an interview published on Saturday. “That is why the final decision on who enters the Schengen area belongs to Spain.”

When pressed on whether this would entail the presence of Spanish customs or police in Gibraltar – a point that had proved to be a significant sticking point in the negotiations – González Laya said further details would be made public after she informed Spain’s parliament on the deal in the coming days. “Evidently, there must be a Spanish presence to carry out the minimum tasks of Schengen control,” she said.

The government of Gibraltar did not immediately respond to a request for comment. But on Saturday, responding to an article published by a rightwing Spanish newspaper, Fabian Picardo, the territory’s chief minister tweeted: “Under the New Year’s Eve agreement only Gibraltar will decide who enters Gibraltar and Spanish officers will not exercise any controls in Gibraltar at the airport or port now or in four years’ time. This is our land. Couldn’t be clearer.”

The negotiations had sought to capitalise on the shared interests between Spain and Gibraltar but also understood that a “larger dose of trust is needed”, said González Laya, citing the use of Frontex agents as an element aimed at building this trust.

Before the pandemic, an average of 28,500 people crossed the border a day, including about 15,000 cross-border workers.

The deal has been sent to Brussels, where the European commission will enter into negotiations with London to turn it into a treaty. González Laya estimated the process would take about six months. In the meantime, she said Spain would work to ensure that mobility at the shared land border – which as of Friday had been technically transformed into an external border of the EU – would be “as fluid as possible”.

Under the deal Gibraltar would establish closer ties with the EU just as the UK formally severed ties with the bloc. “That’s the great paradox,” she said, pointing to the nearly 96% voters in Gibraltar who supported remaining in the EU in the 2016 referendum.

“What we have seen is a change of paradigm that is not made of concessions but by a convergence of interests between Gibraltarians and Spaniards, both of whom are pro-European,” she added. “This is the fruit of Brexit.”

She stressed that, under the deal, “nobody ceded an inch” when it came to sovereignty claims over the territory. Spain ceded Gibraltar to Britain in 1713 but has long sought to reclaim it.

Earlier in the week, the UK’s foreign secretary, Dominic Raab, said the deal in no way impinged on the sovereignty of the British overseas territory. “We remain steadfast in our support for Gibraltar, and its sovereignty is safeguarded,” he said in a statement. 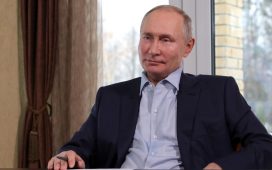 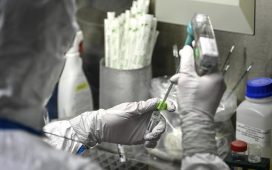 Someone you loved: how British pop could fade out in Europe 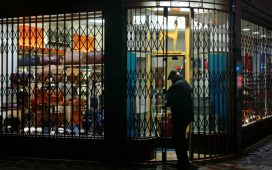 No decision yet in France on third national Covid-19 lockdown, minister says 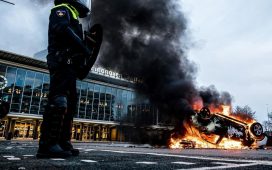 Dutch police clash with anti-curfew protesters, amid looting and vandalism