The Coalition of Northern of Group (CNG) has accused the President Muhammadu Buhari government of suffocating oppositions, describing the arrest of Omoyele Sowore as uncalled for.

“To attempt to stop someone from associating freely, from enjoying his right to freedom of association or freedom of movement is totalitarian,” the spokesman of the CNG, Sulaiman Abdulazeez, said on Channels Television’s Politics Today on Monday. “It is an attempt to suppress voices of dissent. This government has grown increasingly intolerant of opposition or criticism.”

While arguing that Sowore’s arrest is an act of impunity, the CNG spokesperson noted that the incident “is about breaching people’s fundamental human rights; There is no point, the arrest is totally uncalled for.”

Sowore and four others were on Monday remanded at the Kuje Correctional Centre in Abuja, pending when their formal bail application will be heard Tuesday, January 5, 2020.

Although the former presidential candidate and four others are being arraigned by the Federal Government on three charges of criminal conspiracy, unlawful assembly, and attempting to incite others, Sulaiman believes they have not committed any offence to warrant arrest and detention.

“You can only be arrested when you commit an offence and you have to establish an offence first before charging a person,” he insisted.

“We are not aware that there is any statue that has barred people, four people, from coming together for a candlelight celebration. Even if there is, that is ultra vires.”

Although they all pleaded not guilty to the charges, the prosecution alleged that the defendants were arrested with placards calling for a violent revolution against President Muhammadu Buhari.

Sowore was arrested by the police for leading a protest against bad governance on New Year’s eve in Abuja.

He had before the protest charged Nigerians on Twitter to hold a crossover protest by picking up a candle and a placard showing their grievances against the President Muhammadu Buhari administration. 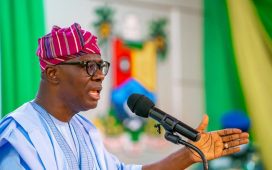 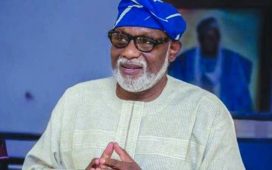