Southeast Asia’s fast-growing economies need to drop generous subsidies for fossil fuels if the region is to make the transition to clean energy at the speed needed to hit climate targets, experts have said.

Speaking last week at the Asian Clean Energy Summit, which was part of Singapore International Energy Week 2019, Fred Burke, managing partner of law firm Baker & McKenzie, said that countries such as Indonesia, Southeast Asia’s largest economy, are “addicted” to fossil fuels subsidies as if they are “crack cocaine”. Subsidies have helped support the country’s polluting coal sector while stunting the rise of renewable energy, he said.

Fossil fuel subsidies in Southeast Asia were worth US$35 billion in 2018, or almost 0.5 per cent of gross domestic product, according to new data from the International Energy Agency. Subsidies have helped the regional bloc’s share of global renewable energy capacity to fall over the last decade, to 2.8 per cent.

Burke, who has worked on the financing and construction of solar and wind energy projects in the region, added that the energy transition required a lot of investment and new infrastructure, but “vested interests” in fossil fuels such as coal and oil were holding back investments in clean energy.

Reports have noted that coal mining groups in Indonesia receive sizeable government support in the form of loan guarantees, tax exemptions and other fiscal support.

How to exist for the next half a century Speakers on a panel about the challenges and opportunities of Southeast Asia’s energy transition at ACES. L-r: Vaibhav Joshi of Sterling & Wilson, Dr Jay Mariyappan of Petronas and Frederick Burke of Baker & McKenzie. Image: Eco-Business

Another big obstacle to the energy transition is the fossil fuels majors, which have continued to invest heavily in oil, gas and coal production with limited advances made in renewables.

Dr Jay Mariyappan, head of new energy at Malaysian oil and gas giant Petronas, said at the summit that the company would need to move further into renewables if the 46 year-old firm “wanted to be around for another 46 years”.

The US$46 billion company has only just started out in clean energy, investing in Singapore-based solar firm Amplus Energy Solutions in April this year. Mariyappan said Petronas was looking to make acquisitions in India and Southeast Asia, but would not reveal specific targets for renewables growth, only saying the company’s targets were “quite ambitious”.

He said that the big obstacle for the energy transition in Southeast Asia is “who is going to fund it?”, and finding the right business model to build around energy consumers.

It’s not going to be smooth sailing, but the things that are blocking [the energy transition] are solvable.

Peter Godfrey, Asia Pacific managing director of the Energy Institute said that without more commitment from oil majors like Petronas, the energy transition was unlikely to scale.

Godrey, a former BP executive, added the moves made into renewables by multinational energy firms in Southeast Asia were often little more than “one-off projects”, and challenged the majors to work more closely with governments to scale up renewables.

Mariyappan said energy majors have started to transition “to some extent” already, but needed more certainty from energy markets and policymakers on how far and how deep investments in renewables could go.

“We don’t know yet if the energy transition is going to be very fast,” he said, adding that the fall in cost in renewables and development of new technologies would likely favour the shift to clean energy.

The real value of energy

Mariyappan pointed to the emergence of peer-to-peer (P2P) energy sharing in Southeast Asia as one area that could hasten the energy transition, and said that Petronas had recently launched a US$350 million venture capital fund to support startups in such areas.

The rise of peer-to-peer energy trading in Southeast Asia will help bring about an appreciation for “the value and not the price” of energy, said Godfrey, who suggested that energy, like water, is undervalued.

The energy sector’s current business model rewards producers for the volume of hydrocarbons consumed rather than their efficient use, and they are not held accountable for their environmental and social impact. Godfrey said that the consequences of burning coal, oil and gas, such as air pollution, should be factored into the future price of energy.

“This is a conversation that Asian governments need to start to having to bring about a low-carbon future,” he said. 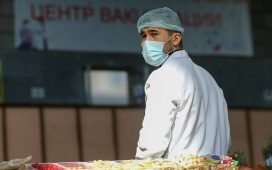 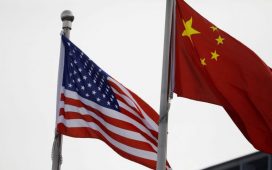 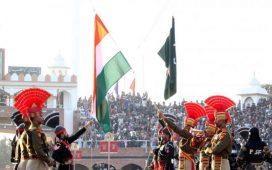