A WOMAN who has been dubbed South Africa’s Madeleine McCann has revealed she initially rejected her birth parents after a DNA test showed she was a stolen baby.

Zephany Nurse, 24, discovered she was snatched from a maternity ward at Groote Schuur Hospital in Cape Town, in 1997 and raised by her kidnapper, through a selfie.

Back in February 2015, Zephany found out her pal at school Cassidy Nurse, was actually her biological sister after the pair snapped a selfie and realised they looked identical.

Her real identity only came to light when students at the Zwaanswyk High School spotted similarities between her and Cassidy.

Cassidy showed the photo to her parents  Celeste and Morne Nurse who immediately thought Zephany could be their long-lost child- DNA tests revealed that indeed the two girls were sisters.

Mum-of two- Zephany who appeared on This Morning today with her birth family, said she initially couldn’t believe the results of the DNA test.

“At the time when they presented to me that they were going to do the DNA test, no way in my normal, right mind, in my 17 years of age at that time, could I ever possibly think that this DNA test could actually be positive,” she said.

“Because life was so normal for me. It shook my entire world when the results came back. It was shocking.”

Although she admitted she initially cut off her birth parents, in support of the woman who raised her, she said she now enjoys a good relationship with both sides.

She added that becoming a parent herself helped her “open up her heart to both her mums and daddies.”

“We are definitely in a good space right now, and myself being a mum to a daughter and a son has definitely contributed to us having the relationship that we have right now,” she said.

“So being a mum, being a parent, has really my opened up heart, opened up my mind, to both my mums and my daddies, but mostly to my biological family as well.

In 2016, the kidnapper Lavona Solomon was jailed for 10 years for kidnapping a newborn baby from her sleeping mother.

No shame in divorce, Louise… it is your past but not your future

Zephany had said at the time: “I sat there in shock. My life was out of control.

“That broke me. I needed her. I needed to ask her, ‘Why? What’s going on?’ I was so overwhelmed that I belonged to someone else.”

It is thought Lavona concealed a miscarriage and then faked the rest of her pregnancy before stealing the baby, bringing the baby home and pretending she had given birth alone. 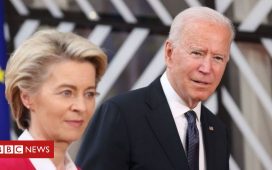 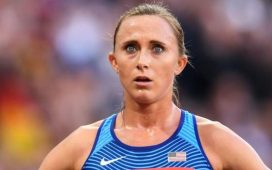