Tottenham’s prolific away form eluded them in an evenly contested encounter against a bottom three side, though the ever-reliable Son Heung-min came to their rescue with an opportunist winner 15 minutes from the end.

That must have been tough for Burnley to take, because despite not registering a goal at Turf Moor this season they were enjoying the better of the chances before Son struck from a set piece. Harry Kane, whose header set up Son’s scoring chance, had just cleared a James Tarkowski effort off the line in what amounted to the nearest the game had come to an opening goal.

Kane went down the other end to change all that by meeting Erik Lamela’s corner to leave Son a close range finish, leaving the home side disappointed after managing until that point to hold a side who won their last two away games 5-2 and 6-1.

Josh Brownhill was booked for bringing down Tanguy Ndombele with barely a couple of minutes on the clock, and Ashley Barnes was lucky not to receive at least the same punishment after catching Toby Alderweireld in the face with his elbow as he jumped for a high ball. The Spurs defender was left with a boxer’s cut just below his right eyebrow, and as medics worked to stem the flow of blood and wrap a Terry Butcher-style bandage around Alderweireld’s head there would have been countless opportunities for VAR to check the incident, and the result was simply play-on when the player was fit to continue. José Mourinho managed to look concerned and unimpressed at the same time.

The Tottenham manager would have been more incensed had his side gone behind when Barnes put the ball in the net five minutes later, though the score was correctly ruled out for offside. There was no need for VAR to check the linesman’s decision either, since Barnes and a couple of his teammates were standing behind the visitors’ back line.

Tottenham managed to pin Burnley back in their own half for much of the early part of the game, without quite managing to find the telling final ball their snappy approach work merited.

The home side had a let off when Son could not react quickly enough when an attempted Nick Pope clearance went straight to him, but when Son found himself in a similarly threatening situation after half an hour Ben Davies’s pass from the left went behind him.

This was the fixture last season when Mourinho was publicly critical of record signing Ndombele’s overall contribution, though now the French midfielder appears to be fully in favour, at the expense of Dele Alli. The England player did not even make the trip to Lancashire, fully fit but left out of the squad, though with Ndombele full of confidence and running on the pitch and Gareth Bale in reserve on the bench it is hard to argue Spurs are currently short of attacking options.

Nevertheless, when Ndombele was caught in possession by Brownhill on the edge of the area, it took a good save from Hugo Lloris to keep out Ashley Westwood’s low drive. Lloris was in action again just before the break, this time keeping out a Johann Gudmundsson effort. The Iceland midfielder was never likely to score, but at least Burnley were working the opposition goalkeeper.

See also  Bournemouth vs Tottenham: Son Heung-min and Juan Foyth sent-off inside five minutes and will miss start of next season

By the time the interval arrived, with Kane frequently dropping deep or moving out wide, Pope was still to face a shot on target, despite Spurs enjoying two-thirds of the possession.

When Mourinho sent on a substitute for the last half hour it was not Bale but Lamela. Burnley were continuing to threaten at that point, albeit from distance, although it took an alert block from Alderweireld to prevent a Barnes shot from the edge of the area reaching its target. Tarkowski managed to meet Westwood’s corner too, just not in such a way that he could properly direct a header from inside the six yard line. Davies had to block from Westwood as Burnley passed the ball neatly around the Tottenham area, before Tarkowski met Westwood’s corner but found Kane standing on the line.

Burnley probably thought they had done enough to deserve at least a draw, but goals change games and Son’s took Spurs up to fifth in the table, while Burnley’s inability to score is as worrying as only having a single point after five games played. 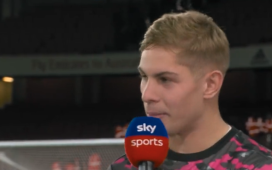 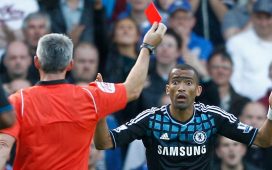