Ole Gunnar Solskjær has denied he will be frustrated if Manchester United do not strengthen as markedly as Liverpool, Manchester City and Chelsea, saying this would be “disrespectful” to Donny van de Beek.

The manager has signed only the 24-year-old midfielder in the window, for an initial £34.7m from Ajax, but is also targeting Porto’s Alex Telles and Borussia Dortmund’s Jadon Sancho.

The window in effect closes on 5 October and it was put to Solskjær that he would not be human if there were no frustration on his part should Van de Beek prove his only addition, given how three of United’s closest rivals have recruited.

“I think you [the questioner] show quite a bit of disrespect to Donny when you say he [may be] the only one because he is a top player and he strengthens our team and of course we have to concentrate on ourselves,” Solskjær said. “Different clubs have to be allowed to do whatever they do and feel they can. We are working hard to have a competitive squad and team. If and when there are updates we will give you them.”

“We need more goals from our set plays,” he said. “Harry is one of the best in the league at first contacts from set plays. Can we get more from that? Can we get more goals from midfield? Of course that could give us extra points … We have got players in Donny and Paul who can definitely chip in with more goals, Jesse [Lingard], Juan [Mata], Dan James, they can get up there with a bigger tally as well.” 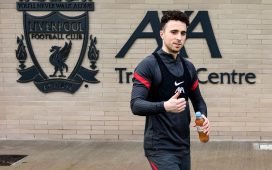 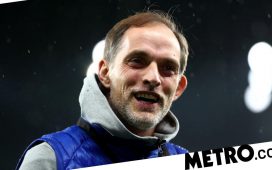 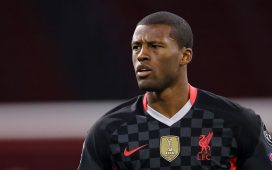