OLE GUNNAR SOLSKJAER says his successor will WIN the Premier League next season – as he is a good luck omen.

The Norwegian was sacked after his side fell to a humiliating 4-1 defeat to newly promoted Watford at Vicarage Road.

While the former Liverpool boss is United’s top choice, the likes of Maurico Pochettino, Zinedine Zidane and Erik ten Haag have all be linked to the position.

And as if, after five defeats in their last seven games, the job wasn’t difficult enough, Solskjaer has already piled the pressure on his replacement.

That’s because history with his old club Molde would dictate he will bring the new boss good fortune.

Solskjaer said in an emotional farewell: “Well, as I’ve said many times in interviews, I’ve been backed.

“The board and the owners have backed me in [terms of] bringing good people in, good players in and I think, or I know I leave this club with a better squad.

“The environment is fantastic, it’s an environment I’m proud of leaving because you have to enjoy coming in here working.

“I don’t want to pre-empt anything but the two times I’ve left Molde, they’ve won the league the year after.

“So all the best to whoever takes over – that’s the expectations!”

While United sort out who will fill the position long-term, Solskjaer’s fellow club legend Michael Carrick will man the ship.

He is set to be on the touchline against Villarreal in the Champions League on Tuesday.

United currently top the group, but a loss would see them drop to second behind their opponents, and possibly third depending on the result between Atalanta and Young Boys. 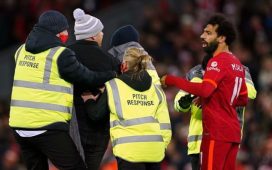 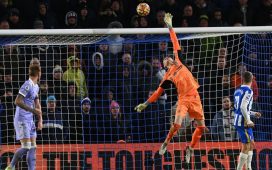 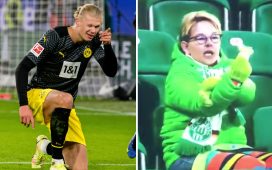