Ole Gunnar Solskjaer says Bruno Fernandes can hand out penalties if he wants, after the Portuguese let Marcus Rashford take a spot-kick on Tuesday.

Fernandes was on a hat-trick when Manchester United won a penalty against Istanbul Basaksehir in the Champions League.

The midfielder is the club’s dedicated penalty taker, but Fernandes opted against taking the spot-kick and instead handed the ball to Rashford.

The England international tucked his penalty away to put United 3-0 in front, but Fernandes’ decision left Paul Scholes baffled.

At the half time, Scholes said on BT Sport: “I don’t get it,” said Scholes. “Fernandes has taken all the penalties when he’s played. He’s on the chance of a hat-trick on a European night, I don’t understand it.

“But ultimately we get the same result so there’s not too much damage done.”

Fernandes was asked to explain his decision after the match, and revealed he let Rashford take the penalty for the betterment of the team.

“That’s not the point [scoring a hat-trick]. Of course, every player wants to score a hat-trick,” said Fernandes. “But after the game in the Premier League I told Rashford he would take the next one.

“So I remembered that, and also because Rashford is one of the top scorers in the Champions League. I think it will be important for him to keep going there and take that confidence.

“But as I say, it doesn’t matter who takes the penalties, the most important thing is scoring. The team scores. When the team scores, I score too.”

United boss Solskjaer was then asked for his opinion on Fernandes giving up his penalty duties, and revealed he isn’t too concerned by the midfielder’s decision.

“Marcus is a very good penalty taker as well,” said Solskjaer. “If Bruno feels he wants to give it to him then he can do.

“Anthony [Martial] scored one against Leipzig, so why not? They can share them.”

Will Man United win the Champions League this season? Have your say here. 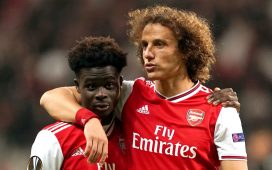 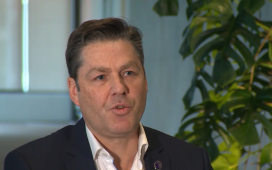 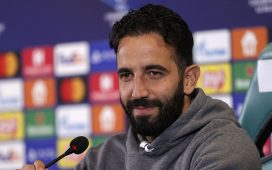