Ole Gunnar Solskjær has dismissed complaints from Jürgen Klopp and José Mourinho regarding the number of penalties Manchester United win, saying it is up to the Liverpool and Tottenham managers if they want to “spend time worrying” about it.

Solskjær suggested Klopp may have been trying to influence referees when he said after Liverpool lost at Southampton on Monday that United had won more penalties in two years than his team have had during his more than five years at Anfield. Klopp felt Sadio Mané had been denied a clear spot-kick. Mourinho has previously questioned United’s penalty count.

“I don’t count how many penalties they [Liverpool and Spurs] have, so if they want to spend time on worrying about when we get fouled in the box, I don’t spend time on that,” Solskjær said.

“I felt it worked in the semi because Frank spoke about it and we had a nailed-on penalty that we should have had that we didn’t get, so maybe it’s a way of influencing referees,” he said. “I don’t know, but I don’t worry about that. Anthony [Martial] came on and he should have had a penalty.” That incident actually occurred outside the area at Wembley last July.

United host Manchester City in Wednesday’s single-leg Carabao Cup semi-final and Solskjær is clear there are no excuses for them not to perform given a run that has taken them level with Liverpool at the top of the Premier League. “We are confident,” the manager said. “We’re going into the game in good form so there’s no excuses.”

United were eliminated by Pep Guardiola’s team at the same stage a year ago. Having also been knocked out in last season’s FA Cup and Europa League semi-finals, Solskjær was asked the importance of reaching a final at the fourth attempt. He said: “We’ve developed a lot in the 12 months since the last semi-final in the Carabao Cup. But it’s not just learning to win semis, we’ve also earned the right to feel we can go all the way with our performances. You play football to win trophies, to get your hands on a trophy, even though when you win that trophy you just move on to the next one. But it gives you hunger to get more.”

Solskjær described how after winning his first trophy as a United player he found “it becomes a drug”. He believes United will benefit from extra recovery time. “We’ve had four days now after Villa so hopefully we’ve got more fresh legs,” he said.

City are aiming to win the trophy for a fourth year in a row and Guardiola said the competition “means a lot”. He said: “If it were not important then we would drop it before. It is the semi-final, we cannot expect more difficult than with the rival we are going to face, but we have the desire to play well and get to another final.”

READ  BREAKING Aston Villa manager latest: Dean Smith front runner to take over at Villa Park with John Terry as his No2

He pointed to a change in the balance of power with United. “For many decades United was above Manchester City. For us, we are incredibly proud and it is an honour for the last decade to be there with them and sometimes win, most of the times, and sometimes lose.”

City’s manager added he is confident Kevin De Bruyne will extend his contract. “I’m pretty sure he will stay but at the same time we have to respect the process. He knows how we appreciate him not just as a football player but as a person and how important he is at the club. I’m not worried but at the end of course it is his decision.” 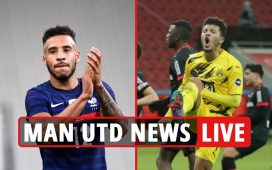 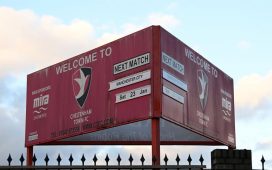 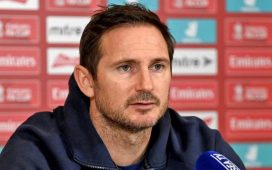 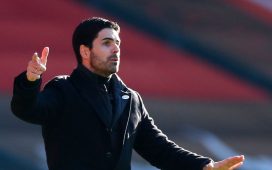