I have consistently tried to create levels of differentiation between democracy and dictatorship, especially dictatorships of the military variant as we have had in our country. I have argued that Nigeria is still very far away from the goal posts of what could be called a democratic society. In my view, the environment does not as yet look anything democratic because the actors are largely strangers to the ethos and what is more, too many of them are tied to the old order, not to talk of the fact that the presence of General-presidents suggest that we are still in the thrall of militarism.

Democracy thrives on debate, consensus building, negotiation, persuasion, argumentation, rule of law, process, and inclusion. The military thrives in a coup culture, secrecy, betrayal, violence, command structure, exclusion and lack of transparency. That explains why I have always warned against describing the current charade of violent elections as democracy.

I have illustrated on several occasions that many among us arrived at Democracy’s altar by parachutes, funded by moneybags, cliques and cults. It is therefore no surprise that we have seen no difference from those who claim to be democrats in terms of the strong-arm tactics that we associated with a militarized environment. Our ‘democrats’ have had no problems with what Noam Chomsky would refer to as resorting to manufactured consent when it comes to elections. They have rented the same crowds, contrived the same outcomes as the old order, seducing the people by bribery rather than persuasion and debate.

Like the false feathers of Icarus, every day, the drama of the fraud called democracy is re-enacted as the masks occasionally fall off and we see the real face of fascism that hides behind it all. When they sense that we want to test their mandate through closely monitored elections, they threaten that we will receive either coffins or body bags in return. Every day, the evidence is before us suggesting clearly that, in the mind of those to whom we have entrusted our future, democracy is merely a heuristic device to perpetuate their grip on power, a bad portfolio investment that fears scrutiny. All the State Assemblies, at best glorified cemeteries of silence inhabited by puppets, are cowed to silence and submission as they munch their crumbs.

The recent outrage by the Minister of Information, Mr. Lai Mohammed over public reaction to the Social Media Bill, is illustrative of the point I am making that not all who call themselves democrats appreciate the enormous burden that goes with the claim today. The minister has used some rather harsh and divisive words that suggest some contempt for the voices and views of those whose labours and sacrifices brought him and his government to where they are. His language is disrespectful, appalling and illustrative of the highhandedness that suggests that we are not in a democracy. The language is as intolerant as it is alienating. The Minister says that no amount of threat, blackmail etc will dissuade the government from going ahead with the social mediabill because it is borne out of patriotism. Really?

There are many questions begging for answers here. Is this the language of people who understand or have really imbibed and internalized the spirit and fine principles of democracy? If we must do your will or face the wrath of government, then, this suggests two things: First, we must obey you and government because we are subservient to you and government. We must be answerable to you not the other way round. We must, because if we don’t, we can be penalized by imprisonment for daring to question its wisdom or seek to have an input in a law that concerns us. When did we surrender our rights and voices to government if we are not heading to totalitarian rule? It looks like and smells like it. Is Mr. Mohammed a lawyer who is a politician or a politician who is a lawyer? In an ideal situation, the former should reinforce the latter.

At this point, I would rather side with President Muhammadu Buhari who has been far more honest about his deficient democratic credentials. I have heard the president on at least three occasions complain that democracy is definitely not his strong jacket. To him, democracy is an irritant, a nuisance that he is compelled to live with. To paraphrase the President: ‘When I was a military man, I arrested all the thieves and put them in protective custody. I asked them to go and prove their innocence. Now, I have been told that even though I can see the thieves, I cannot arrest them. I must take them to court and prove that they are guilty.’

I admire the fact that the president has illustrated that his conversion to democracy was not like Paul on the road to Damascus. His tentative conversion to democracy did not come with a confession of his sins (of staging a coup), a promise not to do that again and then a plea for absolution and the acceptance of the required penance! In honesty, the president says he prefers to work with ‘those he knows, not those who know’, so we can forgive him. But notothers.

Mr Mohammed has climbed a moral high horse, claiming that he is motivated by higher and noble values of protecting the rest of us from a hovering scarecrow of evil, the social media. This is a low level fence erected to hide the construction of a wall of tyranny, fascism and totalitarianism. All tyrants and fascists started with the most noble of intentions, composing panegyric lullabies in praise of patriotism. But, as the old saying goes, patriotism is often the last refuge of scoundrels. Sooner than later, they will start the witch-hunt. This is why the radical American intellectual and activist, Lillian Hellman, who lived under the witch hunting era of McCarthyism, titled her memoirs, ‘Scoundrel Time!’

To be sure, there is no one, including myself, who is not aware of the dangers posed by the social media. We have all been victims. However, should the government wish to address this matter legally and openly, why should they be afraid of a public debate? It is desirable that we address the social media by way of education, open debate and transfer of knowledge. When did the social media become sinister in the eyes of the government? Is it after the same government used it that they now realise that it was good for them then, but bad for the rest of us now?

No citizen should be compelled to obey bad laws. Patriotism is not a commodity of exchange. I have lived long in this country, been engaged long enough to know that the degree of patriotism of office holders is often in direct proportion to the opportunities that they have. Today’s Buhariphiles will develop Buhariphobia when they lose their position. Against the backdrop of the rumours and whispers about term limits, do we know where this is going?

Finally, we must all concede that technology is here to stay. All we can do is to try to make it work for us. Like their explorer grandfathers before them, both Mark Zuckerberg (Facebook) and Jack Dorsey (Twitter) have shone their light. They know what they have seen in Nigeria and Mr. Dorsey says he plans a longer stay in future.They have seen opportunity in an incredibly energetic and brilliant youth and they are prepared to pour investment into them. What do those who govern us see? Afraid of their shadows, they see in their own Youth, trouble and threats to the quicksand into which they have buried their selfish ambitions. They want to kill these dreams by thinking of a Bill to protect us from Hate speech and so on.

There is absolutely no doubt that we face a difficult future with what to do with the social media.  A people so badly governed will use anything to express their frustration and sadly, this is what makes us all victims of hate speech. The greatest expression of hate is those who use the power in their hands to divide us by favouring or excluding others based on religion, gender, political affiliation or social class. They are the real reason why our people have remained diminished.

It is a measure of who we are and the premium we place on life that anyone would dream of suggesting a death sentence for the propagation of Hate speech. Surely, unscrupulous and immoral theft of humungous resources belonging to all of us by our politicians is more damaging to our society than any Hate speech. It is like comparing saliva and a dam. A clear conscience fears no accusation. Technology, developed by humans, still has inbuilt safety valves that will enable it to correct itself. Threats, arm-twisting or raw bravado will not do. Edward Snowden has shown that the builders of terror can always pull back. It is inefficiency and political corruption that creates the conditions for the social Media to thrive not lack of patriotism.

The ultimate goal of this Bill is not to punish those who offend, but those who offend government or those in government. Again, here, we have to fall back on the president’s sense of honesty. When he promulgated Decree 2, the focus was to punish journalists who made public officers uncomfortable. Again, on this note, the President has not changed his mind set at all. Therefore, when the sponsors of this Bill claim that it is for our own good, they are borrowing our mouths to eat onions. If the government gets away with it, we have no idea what else will be on the table. Only a robust debate can cure the claims of cynicism.

The Government has all the laws it needs to fight any form of crime and individuals can fall back on it. This Bill is redundant, stale, superfluous and a fraud. We must fight it with all our energy. It is rotten yoghurt being marketed beyond its expiration date. We should reject it as a totalitarian attempt to circumscribe our hard earned freedom. 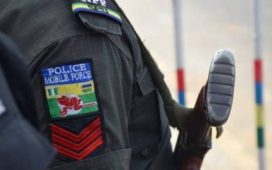 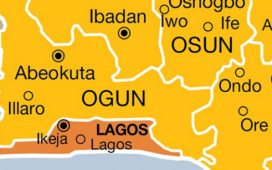