The problem with a lot of social media sites is that they can end up feeling pretty antisocial.

Whether it’s down to trolling, catfishers, or the endless comparison factor, we can often come out of a scrolling session feeling absolutely rubbish.

It’s high time we got back to the actual point of social apps: actually spending quality time with people.

Yubo is an app that helps you do just that.

There are no likes – or the tense moment when you post something and utter a silent prayer that it won’t be ignored.

Instead, Yubo is all about live streaming, allowing you to find new friends, add them, join groups, and hang out together in a virtual space.

You can livestream together, group message the people you connect with, and even play games together.

Take your pick from charades, guessing what each others’ doodles mean, playing classic trivia, and more.

And rather than just following the influencer of the moment, users are encouraged to indicate their interests to find better connection, such as sports, gaming, music, and so on.

All this means it’s the perfect answer to what Gen Z and millennials actually want out of their social media – genuine online interactions without all the pressure and comparison.

So, how do you get involved?

How to join Yubo

It’s easy. Just download the Yubo app for free from the App Store or Google Play, set up your account, and get going.

You’ll need to be over the age of 13 to join, and teenage users have their own community that’s separate from adults, to keep everything safe and comfortable.

Make sure to add a photo of yourself and use your real birthdate for the best experience on the app.

Why Yubo is the app to join now

As schools have closed and lockdowns have left us cooped up inside, livestreams have become a major form of how we spend time together.

And on Yubo, live streaming is only on the rise.

Since our schools closed and IRL social gatherings were no longer an option, Yubo has seen livestreams increase by 550% globally, with streamers spending an average of two hours on a stream.

One stream even topped 532 hours.

The app has analysed data on how GenZ are spending their time, and found that connecting with each other over live stream is a top choice.

When it comes to socialising without barriers – whether that’s Covid or distance – livestreaming and chatting on Yubo is the way to go.

How Yubo keeps you safe

As well as requiring real photos and separating teenagers from adults, Yubo has features to keep people safe and secure online.

If someone is about to share sensitive information that they really shouldn’t give out – such as their phone number, address, or an inappropriate image – the app will intervene in real-time, sending a pop-up to highlight just how dangerous these sorts of messages can be.

If they try to go ahead and send a revealing image or an inappropriate request, Yubo will block that content before it reaches the intended recipient – so you won’t get bombarded with stuff you just don’t want to see.

Yubo also uses artificial intelligence (AI) for good – its technology will estimate the age of individuals and flag accounts where there is suspicion around a user’s age.

Users will also be able to verify their name, so that Yubo can highlight verified people to others as those they can trust.

It’s all about giving young people a space where we can chat with others and have honest, authentic types of connection.

That means safety is key, likes aren’t needed, and you can actually have some fun on social media again.

We could all do with that.


MORE : Why it’s OK if your version of self-care doesn’t look Instagram-perfect


MORE : Coronavirus anxiety now has its own name 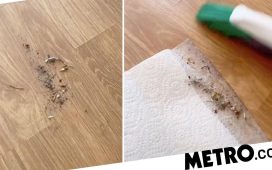 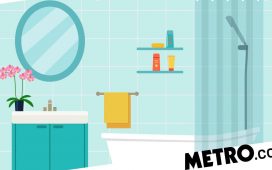