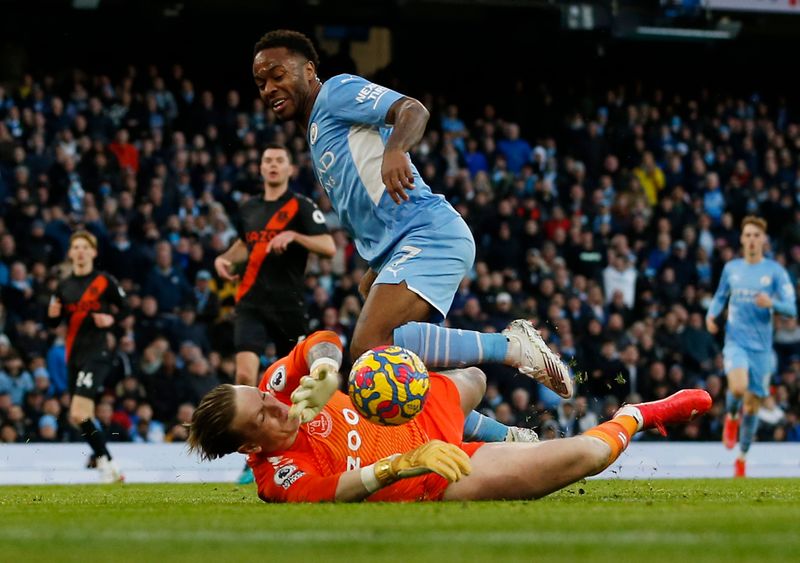 MANCHESTER, England (Reuters) – Manchester City moved back to second in the Premier League after a stylish 3-0 win over Everton at the Etihad Stadium on Sunday as Pep Guardiola’s side responded to convincing Chelsea and Liverpool wins with a reminder of their class.

Champions City dominated possession from the start against an Everton side that struggled to get a foothold in the game, but created few real openings in the opening half hour.

Guardiola was left frustrated when a penalty was awarded after Raheem Sterling went down under challenge from Michael Keane but referee Stuart Attwell overturned his decision after reviewing the incident at the pitchside monitor.

Sterling did put City ahead a minute before the break, side-footing home after a magnificent pass, struck with the outside of his foot, by full back Joao Cancelo.

Spanish midfielder Rodri made it 2-0 with a thundering long-strike from over 20 metres out that whistled past Everton keeper Jordan Pickford.

Sterling missed a great chance to end the contest but mis-controlled the ball in front of goal after a low cross from Riyad Mahrez.

Cole Palmer, the 19-year-old making his first Premier League start, had set Mahrez through for that opportunity and it was his blocked shot was pounced on by Bernardo Silva who calmly slotted home the third.

“We gave rhythm into our game, they defended really well, so deep, (playing) on the counter-attack. In general we controlled the game. We played the game we should play to beat teams like Everton,” Guardiola said.

“When one team comes just to defend it is always going to be difficult and you have to be careful. The quality of the players we have made the difference,” he added.

Chelsea lead the table on 29 points, with City three points behind and Liverpool one further back in third.

Rafa Benitez’s Everton are without a win in six games and are 11th on 15 points. 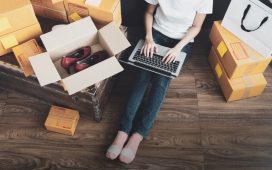 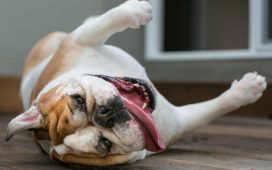