Soccer-Russia's Shirokov sentenced to community service after assault on referee 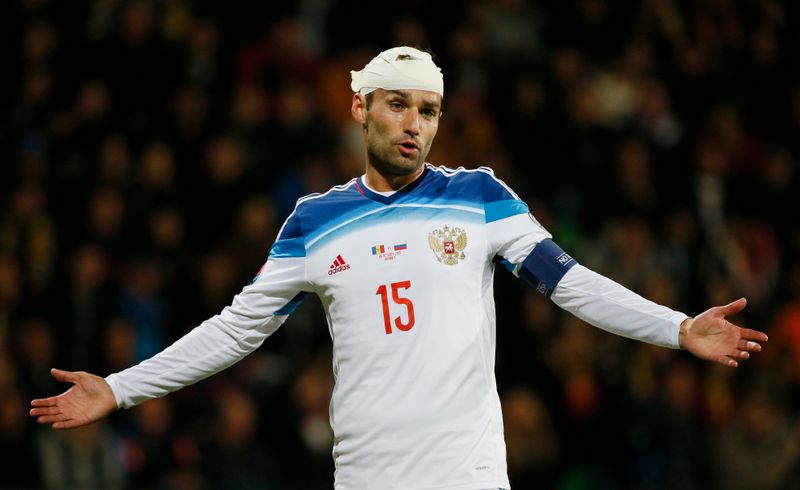 MOSCOW (Reuters) – A Moscow court on Friday sentenced Roman Shirokov, the former captain of the Russian men’s national soccer team, to 100 hours of community service over an assault on a referee, the Interfax news agency reported.

The 39-year-old, who was taking part in an amateur tournament in August, was angry when referee Nikita Danchenko refused to award him a penalty after he was challenged in the area, footage from the incident showed.

Danchenko sent Shirokov off, prompting the midfielder to punch and kick the official.

Shirokov, who played most of his career at Zenit St Petersburg and earned 57 caps for the national team, apologised to Danchenko after the incident.

“I am well aware that not being assigned a penalty kick and then being shown a red card cannot be a reason to raise my fists,” Shirokov, who retired in 2016, wrote on Instagram.

Shirokov is not the only Russian professional soccer player to have had run-ins with the law in recent years.

Alexander Kokorin and Pavel Mamayev were jailed last year for their involvement in an assault on two civil servants, including a trade ministry official, and an altercation with the driver of a television presenter.