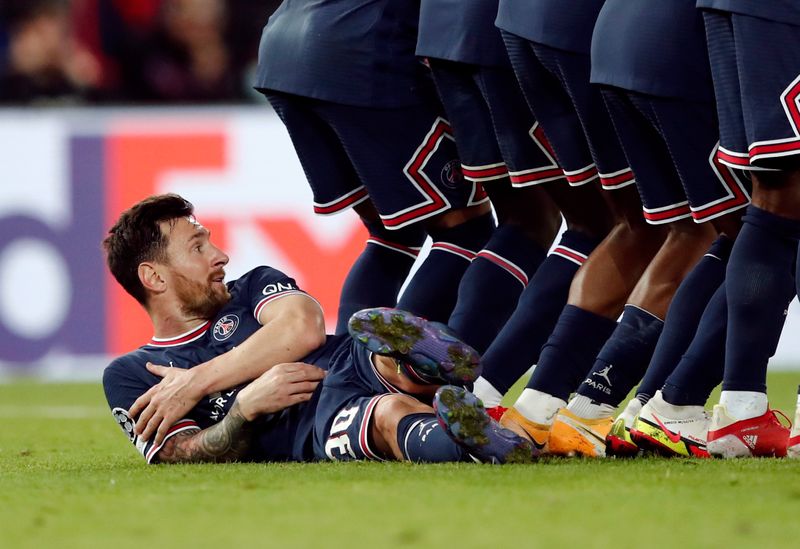 PARIS (Reuters) -Lionel Messi gave Paris St Germain fans what they came for as he helped them beat visitors Manchester City 2-0 in their Champions League clash with his first goal for his new club on Tuesday.

The Argentine forward, who joined PSG on a two-year contract after leaving Barcelona, found the top corner superbly in the second half to add to Idrissa Gueye’s early first-half opener and put the capital club top of Group A on four points.

The 34-year-old Messi had been quiet on his fourth appearance for PSG until he netted on the counter as his link up play with their France striker Kylian Mbappe bore fruit.

After two games, City are third on three points, a point behind PSG and Club Brugge, who won 2-1 at RB Leipzig.

After sitting two games out with a bruised knee, Messi started alongside Mbappe and Neymar and for a long time it seemed like the diminutive forward’s role did not fit a team playing on the counter attack.

But he struck in the 74th minute with his 121st goal in Europe’s elite club competition, triggering deafening roars from the Parc des Princes crowd who long chanted his name after he effectively wrapped up the win.

PSG missed chances in last season’s 4-1 aggregate defeat to City in the semi-finals but this time they went for the kill early on.

With Italy midfielder Marco Verratti also back from a knee injury and fellow Euro 2020 champion Gianluigi Donnarumma preferred to Keylor Navas in goal, PSG soaked up early pressure and found the net on their first foray into the City area.

In the eighth minute, Mbappe was played into space and Neymar missed his cutback, but Gueye fired a rising shot into the far top corner after a quick touch from Kyle Walker’s weak clearance.

Verratti’s presence proved invaluable to get out of City’s pressing for PSG, who threatened on the break, and Joao Cancelo earned a yellow card for an illegal charge on Mbappe.

PSG seemed unfazed as City stroked the ball around but they got a wake-up call in the 26th minute when Raheem Sterling header’s crashed onto the bar and fell to Bernardo Silva, who hit the bar again from point-blank range.

The visitors lacked sharpness in front of goal and, though Donnarumma had to make three saves around the half-hour mark, PSG came closer to scoring with a counter that ended with Ander Herrera’s shot from Mbappe’s assist being tipped over by Ederson.

Donnarumma pulled off another save to keep out Ruben Dias’s header after Kevin De Bruyne was luck to escape being sent off after landing on Gueye’s calf with his studs.

City applied more pressure early in the second half and Donnarumma was needed again, this time to kick De Bruyne’s low angled shot away.

They could however sense the danger from PSG’s counter attacks and in the 65th minute Neymar was played through by Messi, only for the Brazil forward to shoot wide with Mbappe waiting for a cross on the left.

Then it was Messi’s time to shine.

The Argentine dribbled towards the box and slipped the ball to Mbappe, who flicked it back into his team mate’s path for Messi to strike it into the top corner. 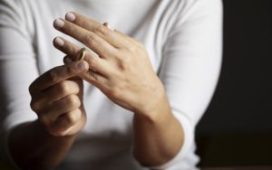 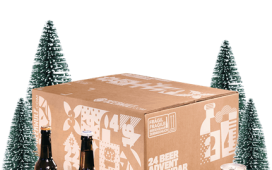