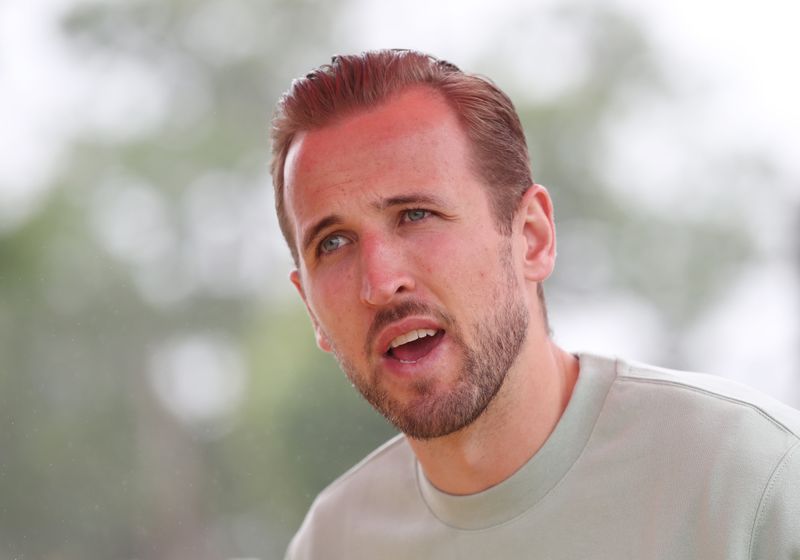 (Reuters) – England striker Harry Kane has had a disappointing start to the European Championship, but said he isn’t worried by a lack of goals in the group stage and hopes to peak in the knockout rounds, starting with Tuesday’s last-16 clash with Germany.

Kane, England’s skipper, faced criticism of his form after below-par displays led to him being substituted in both the 1-0 win over Croatia and the 0-0 draw with Scotland.

“It’s definitely not the first time people have doubted me,” Kane told British media. “People are quick to change their mind. It wasn’t too long ago when I won the Golden Boot (as Premier League top scorer) and I was the best thing in the world.

“I’ve always believed in myself. I could go 10-15 games without scoring but give me a chance and I’d back myself to score it. Going into Tuesday, physically, I’m in the best shape of the tournament so far.

“I felt in Russia (at the 2018 World Cup) I started on fire, scored loads of goals, then didn’t have my best performances in the most important games. So coming into this, physically, I wanted to make sure I was peaking at the right time.”

The 27-year-old looked sharper in England’s final Group D game, a 1-0 victory over Czech Republic, and backed himself to prove the critics wrong in the latter stages of the tournament.

“I know, especially the first two games, I could have played better. For me, it’s about trying to peak at the right time and the right time in tournament football is the knockout stages,” Kane added.

“I feel good, I feel sharp. I felt good, definitely in the third game … hopefully I can come into my best form into the knockout stage and that will help the team.”