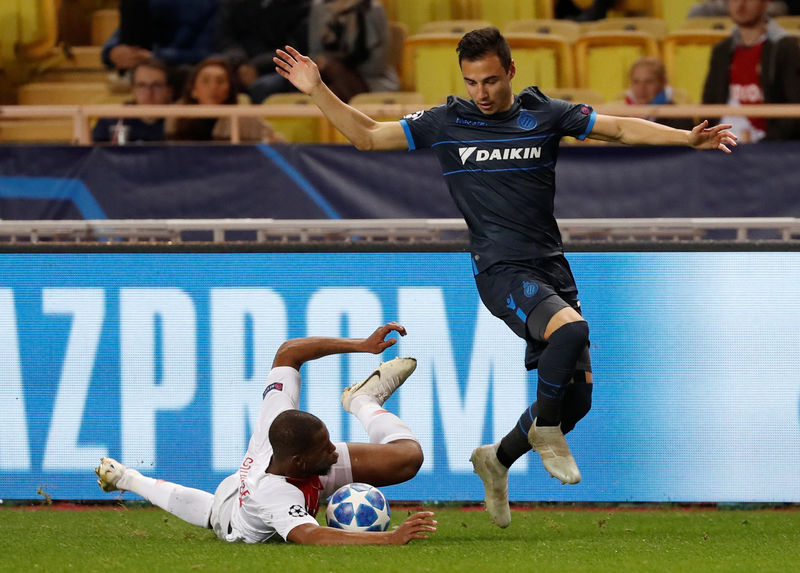 MONACO (Reuters) – Club Bruges kept their Champions League hopes alive on Tuesday with a crushing 4-0 win over AS Monaco that helped knock the French club out of the competition and extended coach Thierry Henry’s winless start in the principality to five games.

The result took the Belgian champions on to four points in Group A, five behind joint leaders Borussia Dortmund and Atletico Madrid.

Atletico beat the German side 2-0 on Tuesday, meaning Monaco, with only one point in their four games so far, cannot finish in the top two and are out.

“It was shameful,” said Monaco defender Djibril Sidibe. “Even if we showed good intent, it is the end product that counts. We weren’t at the required level this evening, it’s as simple as that. We need to ask individual questions of ourselves. If you don’t win 50-50s then you cannot win matches.”

Hans Vanaken turned in a low cross after 12 minutes to put the visitors ahead, and he doubled their lead five minutes later by scoring from the spot after Antonio Barreca handled inside the area.

Brazilian striker Wesley made it three after 24 minutes when he fired home an angled drive from just outside the box.

“It was not our best match of the four we’ve played (in Group A),” said Vanaken. “But we’ve won 4-0 in Monaco, so we all have to be satisfied.

READ  Labour calls for MPs to vote on Brexit options

“We have said it before: it is important to convert your chances in the Champions League. And today I think we converted them all. Four chances, four goals – that’s the key.”

Monaco, whose last win came on Aug. 11, were the stronger side in the first 10 minutes, but crumbled during that killer 13-minute period.

They improved in the second half, but Vormer’s fourth goal condemned them to their heaviest ever home loss in Europe.

The defeat – the 18th Champions League match in a row in which they have failed to keep a clean sheet – will heap more pressure on Henry, the former Monaco and Arsenal striker who took his first coaching job less than a month ago.

READ  Resurgent Wall Street disconnected from reality on the ground

800,000 homes still missing out on free broadband WiFi – how to claim 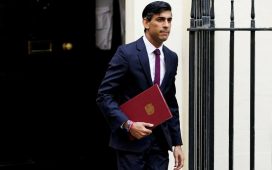 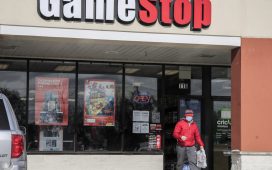