IT’S not just Britain that is sweltering under a heatwave but records across the world are currently being smashed.

While the UK is expected to see its longest period of hot weather for 42 years, places around the world, mainly in the northern hemisphere, are sweating it out.

Residents in Quriyat, Oman endured the highest sustained temperature in a 24-hour period at the end of last month with a minimum temperature of 42.6C.

Temperatures in Ahvaz, Iran, hit 54C this week, the highest the country has experienced.

North America is also suffering with Ottawa in Canada peaking at 47C and Montreal recorded a new high temperature of 36.6C.

Denver in the US managed 40.6C – equally the city’s highest ever recorded temperature.

Britain has also seen its temperature records being smashed.

Glasgow saw temperatures peaking at 31.9C, which melted the “weatherproof” material on the roof of its Science Centre.

It said: “Temperatures are expected to temporarily reduce a little night and day through the middle of this week, before lighter winds allow higher temperatures across more eastern areas of England during Thursday and to some extent during Friday. This alert has been issued for the maximum duration possible.

“It is very likely to be extended for similar areas later this working week as heat is expected to build towards the weekend and possibly during the following week.

“Even in areas that do not breach their alert criteria, the headline is that it is expected to remain largely dry, often sunny and very warm at times.”

Weather forecasters expect the current heatwave in Britain to at least match the temperatures of 1976 when temperatures reached at least 28C for 16 consecutive days.

‘YOU TOOK MY LIFE, I’M TAKING YOURS’

Meteorologist Emma Salter said: “The long-range trend is for above-average temperatures staying until the end of July.”

Experts see a combination of global warming and the weather pattern known as El Nino as causing the current surge in temperatures.

Jennifer Marlon, of Yale University, said: We know that these kinds of events are very consistent with what we expect to be happening with climate change.”

The current heatwave in the northern hemisphere is also being caused by El Nino, where sea surface temperatures rise in the tropical Pacific – an event that occurs every three to five years. 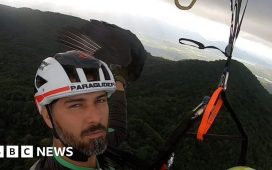 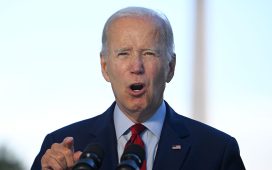