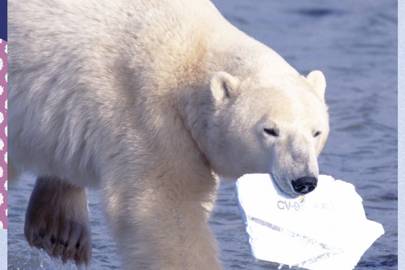 We all know that our plastic consumption is having a hugely damaging effect on environment but the amount of microplastics in our atmosphere is particularly worrying. In fact, the situation has become so grave that scientists say plastic particles are literally falling out of the sky.

A team of German-Swiss scientists made the shocking discovery when they took snow samples from the Svalbard islands, a remote area in the Arctic.

The research, published in the journal Science Advances, investigated the levels of microplastics in three different locations across the world. While the levels of microplastics they found in the Arctic were considerably lower than those they found in populated regions, they still discovered a shocking average of 1,760 microplastic particles per litre of snow. The samples they took from other locations in the Swiss Alps and certain areas of Germany showed numbers over 20 times higher than those in the Arctic. This means that even in one of the world’s last pristine environments, people are likely to be breathing in microplastics from the air. Not cool.

‘Climate anxiety’ is a worrying new mental health issue among millennials, but experts say we have every right to be concerned

A German-Swiss team of researchers have published the work in the journal Science Advances. The scientists have also said to have found rubber particles and fibres in the snow. This discovery suggests that microplastics are being carried around the planet in atmospheric winds, and we’re breathing them in.

“It was incredible how much microplastic was being deposited,” said Deonie Allen, a researcher at EcoLab in the School of Agricultural and Life Sciences in Toulouse, France to National Geographic. “Microplastic is a new atmospheric pollutant”.

Scientists are warning us that we are creating a ‘plastic planet’; almost 420 million tons of plastics were produced in 2015, up from just over two million tons in 1950. Over this 65-year period, around six billion tons ended up either in landfill or in the natural environment, a 2017 study estimated. Plastic waste that starts out as bottles and packaging degrades over time to microplastic particles or much smaller nanoparticles. One study estimated there are 15 to 51 trillion microplastics particles floating on the surface of the oceans. Let me repeat that, a TRILLION.

How can you help? Pick yourself up a reusable water bottle and coffee cup, or buy yourself some reusable straws and take part in one of the many beach clean-ups which regularly take place across the UK.