Sign up to myFT Daily Digest to be the first to know about Scottish independence news.

The Scottish National party’s autumn conference on Sunday called for a second referendum on independence from the UK to be held as soon as health data show that a “full, normal, and energetic” campaign would be safe.

While effectively endorsing the insistence of SNP leader Nicola Sturgeon that a referendum must be held only after the coronavirus crisis has passed, the resolution — passed overwhelmingly by delegates to the online conference — will add to pressure on the Scottish first minister to set out how she will decide when to proceed.

“This decision should be determined by data-driven criteria about the clear end to the public health crisis, which would allow a full, normal and energetic referendum campaign,” the resolution read.

Many independence supporters are impatient for a rerun of Scotland’s 2014 referendum, in which voters backed staying in the UK by 55-45 per cent. Some SNP members believe Sturgeon’s strategy is too cautious and that she has no credible strategy for overcoming UK government refusal to approve such a vote.

Asked in an interview with Sky News on Sunday what level of coronavirus infections or hospitalisations would allow a referendum, Sturgeon declined to set a specific level.

“This is not just about safety of polling stations; it is about making sure that as the country faces a big important decision about its future, it is able to focus on that properly,” said the first minister, who aims to hold a referendum before the end of 2023.

Chris Hanlon, the SNP’s elected policy development convener and backer of the motion, told the conference that he personally would have sought to pass through the Scottish parliament draft legislation on an independence referendum immediately after the party’s May election victory.

However, Hanlon said he accepted it was important that the “average voter” could be confident about the safety of a campaign. “This resolution expects our party’s leadership to consult the relevant subject-matter experts, to define a set of data-driven criteria [for that].”

Boris Johnson, UK prime minister, has said he will not approve a second independence referendum, although his Scotland secretary, Alister Jack, last month suggested one might be permitted if polling showed 60 per cent of Scots wanted it.

SNP leaders believe it might be possible to legally hold an independence referendum without UK approval, but the Scottish parliament legislation setting the stage for such a vote would almost certainly face a court challenge.

Some SNP members are frustrated that Sturgeon has not set out a “Plan B” for if a referendum is blocked. Angus MacNeil, an SNP member of the UK parliament, unsuccessfully requested the conference debate a back-up plan to treat the 2026 Scottish parliamentary elections as a vote on independence.

Policy convener Hanlon insisted that a referendum would be held in the current five-year term of the Scottish parliament. “We’ve got five years to do Plan A. Any Plan B can wait until Plan A is clearly off the table,” he said. 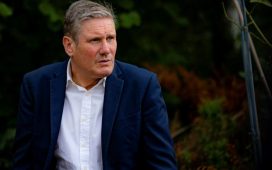 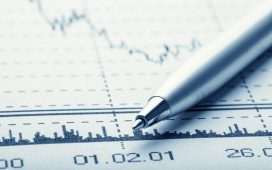 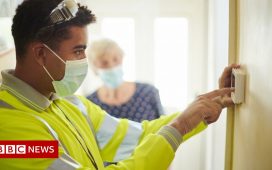