Sotheby’s put 100 pairs of the rarest sneakers ever from Nike, Adidas and Air Jordan on sale in New York.

All but one of the pairs went to Mr Nadal, with the 1972 Nike Waffle Racing Flat Moon Shoe still for sale during the week-long auction.

These are expected to fetch $160,000, confirming, says Sotheby’s Noah Wunsch, that sneakers are now collectible art.

The sale also included two pairs of Nike Mags, shoes made famous in the 1989 Back to the Future Part II because they had automatic lacing – a technology the company didn’t actually bring to the market until almost three decades later.

Another star of the auction was the Jeter edition Air Jordan 11, created to commemorate New York Yankee baseball star Derek Jeter’s retirement in 2017. Only five pairs were made. They were estimated to have sold for close to $60,000.

Mr Nadal told broadcaster CNBC that he plans to display the sneakers at his Dare to Dream Automobile Museum in Toronto, where has a collection of 142 cars and 40 motorcycles.

“I have always been an avid enthusiast and appreciator of unique art and collectibles that represent innovative design, exceptional craftsmanship and new and exciting trends in pop culture,” he said.

It was unclear if he was bidding for the last remaining pair being auctioned. The Nike Waffle Moon Shoes were designed by Nike co-founder Bill Bowerman.

Just 12 pairs were made for runners at the 1972 Olympic trials, and the pair being auctioned is thought to be the only ones that weren’t actually worn.

He said the interest in the auction showed that sneakers were being viewed as works of popular art culture.

“I think it’s a really fascinating time in the world, where it’s it’s not so much sneaker culture, it’s just culture. We see fashion. We see art. We see luxury all playing in the same field,” he said. 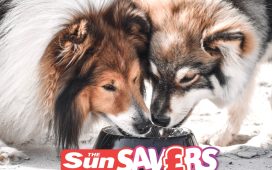