FILE PHOTO: Attendants are silhouetted in front of Xiaomi’s logo at a venue for the launch ceremony of Xiaomi’s new smart phone Mi Max in Beijing, May 10, 2016. REUTERS/Kim Kyung-Hoon/File Photo

SHANGHAI (Reuters) – Chinese smartphone maker Xiaomi Corp said on Tuesday it will buy back up to HK$12 billion ($1.53 billion) worth of its shares, in a move aimed at supporting its faltering shares.

The decision comes less than a week after the company scrapped a planned share offering in mainland China.

In a statement, Xiaomi chairman Lei Jun said a share repurchase will demonstrate the firm’s confidence in its own business outlook and prospects.

Lei added that Xiaomi’s current financial resources will enable it to implement the share repurchase while maintaining a solid financial position.

Xiaomi shares jumped as much as 6.8% to HK$8.92 on Tuesday after the buyback news. Excluding Tuesday’s gains, the shares have lost nearly a third of its value so far this year. 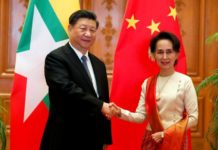 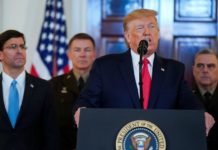