UK – DHL Express has launched 50 new electric vans, taking to roads across the country as part of its UK fleet. A further 50 electric vehicles will be introduced before the end of the year, with 220 more in its UK-wide fleet before the end of 2022. Following the initial introduction of electric vans in London in 2019, this marks another important step towards meeting the business’ ambitious sustainability goals and reducing the impact of commercial vehicles on the environment in cities across the country.

Deutsche Post DHL Group recently announced a €7 billion investment across the Group to help meet its Mission 2050 goals of net-zero emissions, and plans to have more than 80,000 e-vehicles on the road and 60% of last mile delivery electrified by 2030. DHL Express in the UK has the intention that every new courier vehicle purchased will be electric, resulting in 100% of the UK-wide fleet being electric by 2030.

The vans will be deployed across the country this year, in cities including Leeds, Manchester, Glasgow and Birmingham, ensuring the benefits of electrification can be harnessed beyond the capital. In addition to the vans, DHL is also investing in electric charging infrastructure at over 20 sites. The charging infrastructure is scalable to allow for the additional electric vehicles that will be added to each site in the future.

UK – The full panoply of seminars being held at this year’s Multimodal Exhibition in Birmingham has now been announced and the talks include contributions from the likes of the Road Haulage Association (RHA), Logistics UK, the British International Freight Association (BIFA) and the United Kingdom Warehousing Association (UKWA).

The sessions are being held on all three days of the keenly anticipated event which takes place at the NEC between the 19th and 21st October. Multimodal this year features the 15 seminars as well as exhibits from over 200 industry related suppliers, the Multimodal Awards on the first evening at the VOX at the NEC, and boundless networking opportunities.Seminar details HERE.

FRANCE – UK – Channel Tunnel news as operator Getlink says in August 2021 Le Shuttle Freight transported 105,704 trucks, a decrease of 4% compared to 2020. During the same period, Le Shuttle transported 147,296 passenger vehicles. The decrease again results from an unfavourable comparison due to lockdown measures still being lifted in the first half of August 2020 in contrast to this year.

INDIA – Kempegowda International Airport, Bengaluru in the state of Karnataka has processed 37,319 Metric Tonnes (MT) of cargo in August, the highest ever since the Airport commenced operations in 2008 and despite the ravages of the pandemic. The strategic geographic location with easy access to manufacturing hubs in South India has prompted growth with around 30 – 33 daily freighter movements.

International import and export cargo accounted for 24,304 MT, with the 15,224 MT of exports representing the highest ever total at this, now the third biggest airport in India and the claim that this is now the leading export facility in the country for perishable goods.

FINLAND –ITALY – CHINA – The technology group Wärtsilä has been awarded a contract to supply a complete cargo handling system for a new LNG bunkering vessel. The ship is being built at the Nantong CIMC Sinopacific Offshore and Engineering shipyard in China for Fratelli Cosulich S.p.A, the Italian shipping group. The Wärtsilä equipment will be delivered commencing in 2022, and the ship is expected to start commercial operations in 2023. It will probably operate around Italy’s coastline in the Mediterranean.

LNG is now well established as a viable marine fuel, and it continues to be increasingly adopted as an important contributor to lowering global exhaust emission levels. The Wärtsilä system selected for this 8,200 m3 capacity bunkering vessel includes a loading and discharge system, a boil-off gas (BOG) management control and integrated fuel supply system, as well as the custody transfer and bunkering transfer systems.

DENMARK – Hardly a major surprise as another iconic logistics name disappears following the acquisition of Swiss based Panalpina by DSV in 2019. This week saw a vote by shareholders change the title of the group from DSV Panalpina A/S to simply DSV A/S.

US – The Helen Delich Bentley Port of Baltimore had four additional ultra-large Neo-Panamax container cranes arriving at the Seagirt Marine Terminal, Thursday, September 9. The cranes, completing a two-month journey from China, were routing under the Chesapeake Bay and Francis Scott Key bridges before arriving at Seagirt.

WORLDWIDE – ECG – the Association of European Vehicle Logistics is expressing deep concerns regarding an apparent shortage of microchips which it says is threatening the very existence of the logistics industry that moves new cars. It claims, as other industries clamour for the technologies that finished vehicle stock inventories are close to zero, volumes have fallen dramatically, factories are closing without notice, and unbalanced flows are destroying efficiency and thus profitability.

With facilities at a standstill and car transporters devoid of work, ECG says the industry has never before been so unpredictable and planning has become impossible with supply chain visibility in vehicle manufacturing almost non-existent in the lower tiers. A consequence of this is an almost total absence of meaningful volume forecasts to logistics operators.

Whilst the crisis persist ECG is calling on the automotive industry to take all possible steps to support their logistics suppliers. Many potential measures are available to them including suspension of bonus-malus performance measures, postponing tenders until markets have regained some stability, sharing of production schedules in real time, reviewing lead times and shipping frequency and so on. 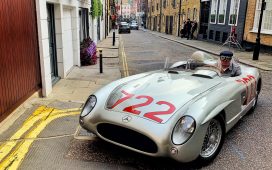 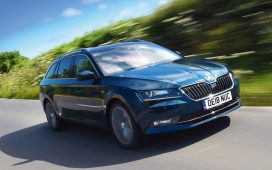 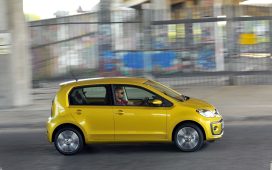 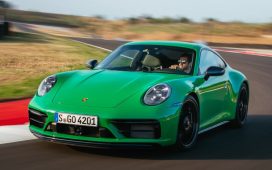 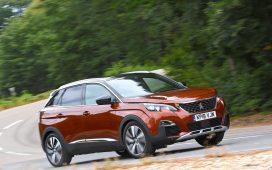 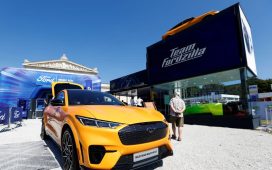