Patryk Vega is the Polish writer-director whose hardboiled thrillers have found commercial favour both at home and with diaspora audiences: 2018’s The Plagues of Breslau was the kind of full-throttle, unapologetically 18-rated entertainment western producers have largely backed away from. Regrettably, his latest is both globetrotting and dashed-off, and so remorseless that it becomes actively punishing. Violence is hardwired into Vega’s film-making: his unhinged protagonists can’t walk into a room without it seeming like a declaration of war. You gulp, then, when an ominous (and suspiciously unattributed) epigram – “What sort of species are we, if we cannot protect our children?” – makes clear this director has turned his brawn to addressing trafficking. What follows has two modes: lurid and sentimental. Either way, it’s a big wince.

Our hero Robert Goc (Piotr Adamczyk) is a cop of a familiarly grizzled stripe, first introduced as he chaperones a desperate mother to the border after the latter’s daughter is snatched by the Russian mob. The case gets forcibly reopened several years later after a gas explosion in the Russian suburbs exposes a paedophilic treasure trove in the bathroom of weak-willed foster parent Oleg (Andris Keiss). Given that Oleg’s brother is played by an especially phlegmy Aleksey Serebryakov (from Leviathan and the recent Nobody), we sense things can only get grimmer. Sure enough: half an hour in, a pregnant 11-year-old is throwing herself in front of a train at Rotherham station. Worse ensues in Bangkok, where Goc starts to wonder whether he himself might have certain … tendencies.

Desperate to out-taboo himself, Vega jabs at all manner of hot buttons, but his usually slick technique fails him utterly here. Rotten with substandard writing and performances, the UK part of the shoot bottoms out with a pederasts’ masked ball, complete with dead-eyed camera and tinkling music-box soundtrack – a contender for the year’s most hamfisted set piece. The most laughable may be Goc’s encounter with a Thai five-year-old on a water-park flume, requisitioned as an unlikely analogue for Nietzsche’s abyss. Goc’s weary line: “I have always wanted to see the sights of Rotherham” is funny, but more often than not the misanthropy palls: its paranoid Russophobia, for one, is matched only by the most wild-eyed American cold war thrillers. An international incident in the making. 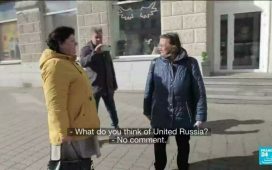 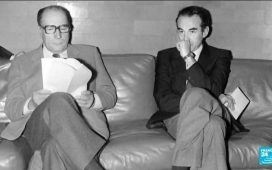 French public divided over death penalty 40 years after its abolishment