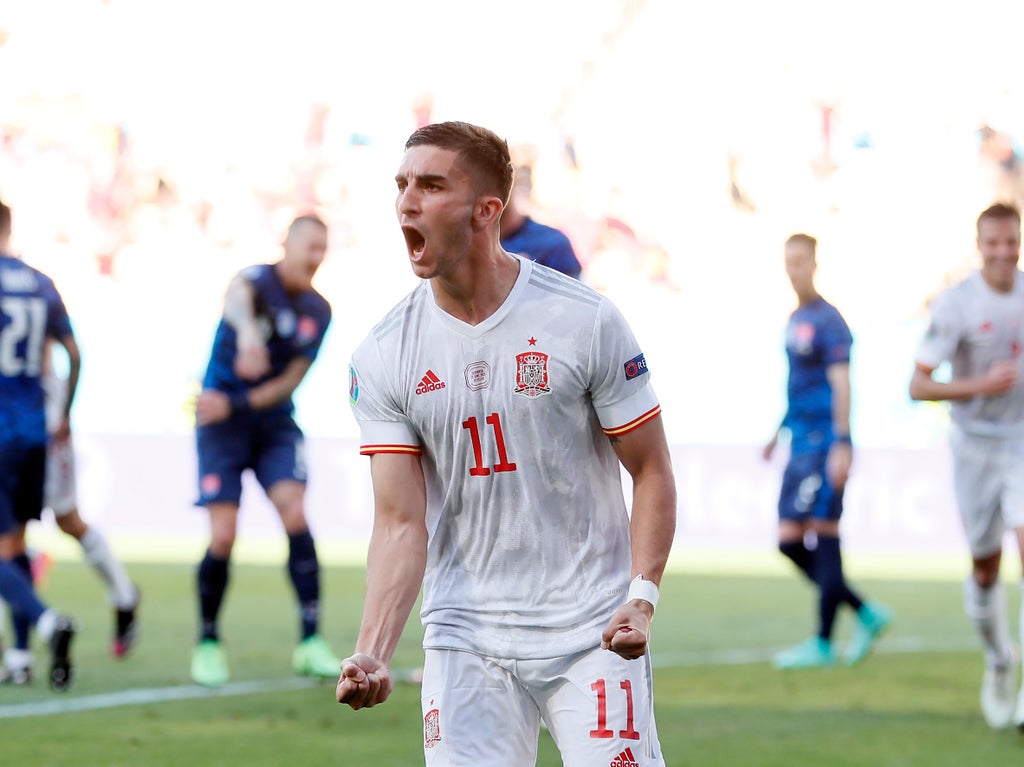 Spain‘s finishing practice ahead of decisive game vs Slovakia

Follow live coverage with Spain in last-chance saloon territory at Euro 2020 knowing they need a win against Slovakia to guarantee themselves a place in the last 16. A draw may prove good enough for Luis Enrique’s side but it will depend on the result between Sweden and Poland.

After successive draws in their two opening matches, questions are being asked of Spain’s attacking prowess and they must find the answers here – La Roja are no longer considered by many to be among the front-runners for success this summer, but for now the focus is simply on reaching the knockouts.

For Slovakia, the task is altogether more straightforward in terms of mathematics, if not in actual in-game practice: avoid defeat and they are through to the last 16. A defeat will likely see them exit unless they score a few goals in the process.

They put themselves in a good position after the opening match having beaten 10-man Poland, but a dour defeat against Sweden leaves them up against it for the final clash here and they will likely need a stern rearguard action from Milan Skriniar and Co if they are to keep Spain at bay for 90 minutes. Follow all the team news and action here as Slovakia face Spain at Euro 2020.

Pedri’s cross is headed out, but Sarabia knocks it back into the middle which leads to an almighty scramble before it deflects off Kucka’s shin and into the net.

Both teams make changes, with Busquets coming off for Thiago and Pau Torres replacing Eric Garcia.

It’s Slovakia’s turn to make changes, with Mak coming off for Weiss while Suslov is on for Haraslin.

68 mins: Just like that, Torres makes a memorable introduction.

A fine one-two between Pedri and Sarabia allows the PSG forward to cross and Torres, with what surely is his first touch of the game, backheels the ball past Dubravka.

66 mins: Morata is being substituted with Ferran Torres taking to the field for Spain.

The former-Chelsea striker goes off to a surprising ovation. Fair play to the Spanish fans.

64 mins: As things stand – with Sweden leading Poland 2-1 – Spain will go through in second and play Croatia in the next round, who finished second in Group D.

Sweden will finish top and play one of Switzerland, Finland, Ukraine or the Czech Republic, while Slovakia will go out.

60 mins: Spain look for a fourth but Koke’s delivery is headed clear.

Haraslin looks to counter but is fouled by Alba.

A flowing passing move finds Alba who crosses for Sarabia, and the PSG winger caresses the ball into the net off the post.

53 mins: Pedri has been brilliant today, and the Barca midfielder skips away from several challenges before being fouled by Kucka.

The Slovakian midfielder is desperately trying to get into the referee’s book it seems.

49 mins: Slovakia are showing more attacking intent in this second half, although it wasn’t hard to beat their first half performance.

Hubocan has played a couple of excellent diagonal passes that he certainly did not do in the opening 45.

46 mins: Since his debut for the national side in October 2019, Gerard Moreno has been directly involved in 10 goals for Spain (five goals, five assists) – more than any other player for them in this time.

He got the assist as his cross was headed home by Laporte. Will Moreno get any more in the second period?

Sweden lead Group E as it stands – and we are up and running in Seville.

Lobotka and Duris are on for Hromada and Duda.

As it stands, Spain will qualify in second from Group E.

Despite a Morata missed penalty, La Roja lead through a Dubravka own goal and a Laporte header in added time. 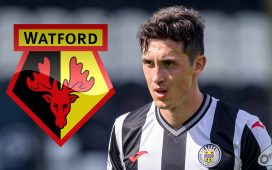 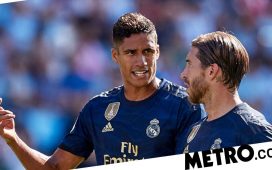 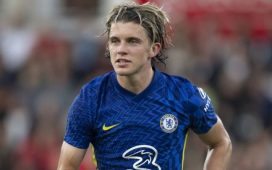 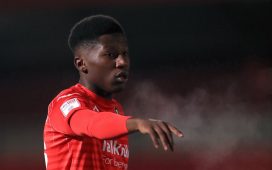