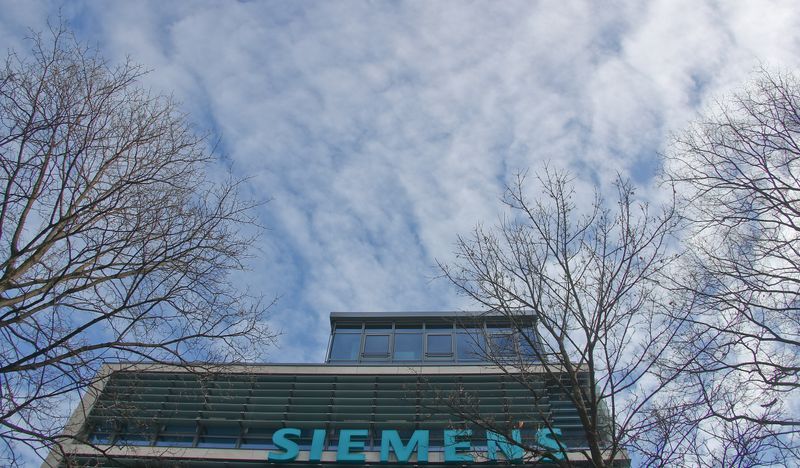 © Reuters. FILE PHOTO: The headquarters of Siemens AG is seen in Munich

ZURICH (Reuters) – Siemens (DE:) does not see an urgent need for massive acquisitions to build up its size again after floating its turbine business Siemens Energy

Although the trains to industrial software maker has the financial muscle to undertake big deals, transformational acquisitions bigger than 10 billion euros ($) are not necessary, a source said.

Instead the Munich company will focus on smaller deals and internal investment on areas such as research and development as it transforms from a sprawling conglomerate to a company focused on factory automation, smart buildings and transport.

Siemens still plans the separation of its mechanical drives business Flender, but after that there are unlikely to be any more big spin-offs, the source added.

Siemens’s train making mobility division, the subject of a failed merger with France’s Alstom (PA:) last year, will remain a key part of the company in future, the source added.

The spin-off of the energy business is the latest chapter in Siemens’s transformation to a more focused industrial technology company.

The move opens the way for potential share price uplift as Siemens is freed from the so-called conglomerate discount – which analysts estimate has weighed down the company’s stock by more than 25% in recent years.

The move away from conglomerates to pure play companies is in vogue, with Siemens’ rivals General Electric (N:) and ABB (S:) also selling off businesses.

“Conglomerates can do a lot of things well, but they’re really very good at only a few of the things that will be important for the future,” Kaeser said in July, saying they often lead to misallocation of resources.