A SLIMMED down Kim Jong-un has purged dozens of officials for their “disastrous failings” over the country’s famine.

The North Korean leader seems to have resumed a reign of terror, by axing the officials over his own disastrous failings amid a growing food shortage.

The cuts come as images of the new “slim Kim” emerge, following reports that the fridge-loving leader had piled on the pounds while a famine rages on in his rogue state.

According to one source, 5ft 6ins Kim’s cronies say he gained weight due to work-related stress, drinking, heavy smoking and a high-fat diet.

Those close to the North Korean despot are said to have pleaded with the heavy smoker to get fit and “take some rest” for the “good of his people”.

Chosun Media reports he was eventually persuaded to head to a secretive health retreat after an intervention by key officials.

But starving North Koreans are now reportedly worried about the health of their “emaciated” leader, according to state media.Aanalysts say the broadcast just shows the Pyongyang propaganda machine is trying to use Kim’s weight to reinforce loyalty to the regime in desperate times.

Meanwhile, recent editions of the official Rodong Sinmun, the North Korean newspaper that serves as the official newspaper of the Central Committee of the Workers’ Party of Korea, has published warning messages about loyalty.

The warnings followed Kim firing several senior officials, for causing a “crisis” in the fight against coronavirus and a battle to combat the famine.

According to reports from The Shozunilbo, the paper said on Sunday that who is a loyal subject “becomes clearer on times of hardship”.

An editorial last week warned officials would end up “losers of the revolution” if they failed to maintain discipline.

“While mistakes made in the process are forgivable, causing critical harm to our party, country and people due to irresponsibility and negligence of duty is never acceptable,” it said.

Speaking at a meeting of the ruling Workers’ party on Tuesday, Kim accused officials of “causing a grave incident that poses a huge crisis to the safety of the nation and its people”, state news agency Korean Central News Agency said.

One of those officials axed was a member of the top standing committee of the politburo, which only has five members – including Kim himself.

And North Korea’s 37-year-old dictator had chaired three extended Workers Party meetings in the first half of this year alone – a move which is highly unusual.

“A grave incident that poses a huge crisis to the safety of the nation and its people.”

It wasn’t confirmed if the shake-ups were related to the handling of the pandemic, nor the famine.

Kim called the meeting to deal with “chronic irresponsibility and incompetence” in the top ranks and blasted bureaucrats for “passiveness in planning and executing anti-virus measures amid the lengthening pandemic”.

The report did not elaborate on the nature of the “crisis” – or how the incident put North Koreans at risk.

Kim Jong Un last month addressed the growing crisis in his country’s agricultural sector on Tuesday, admitting the situation was “getting tense”.

Recent reports from the Food and Agriculture Organisation of the United Nations (FAO) said North Korea had just two months of supplies left.

While the price of essentials like rice and fuel have reportedly held firm, CNN reports citizens in the state’s capital Pyongyang are paying triple the regular price for potatoes, and £50 for some teabags.

So far, North Korea has claimed to have zero Covid cases, despite testing thousands and sharing a border with China.

Despite confirming no cases, the reclusive country has brought in strict lockdown measures, including border closures and domestic travel curbs, pointing to concerns over the spread of the virus.

And the country declared a state of emergency and locked down the border city of Kaesong last year after a person who defected to South Korea three years ago returned across the border with symptoms of Covid.

The lockdown has strained an economy already battered by decades of mismanagement and crippling US-led sanctions over the country’s nuclear weapons program.

During a meeting earlier this month, Kim warned officials to brace for more Covid restrictions, suggesting the country isn’t ready to open its borders anytime soon. 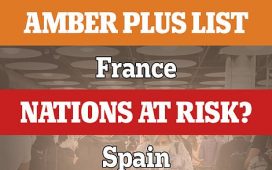 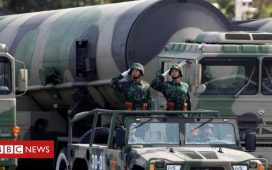 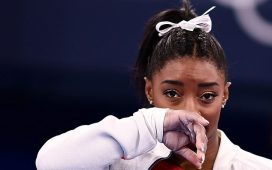