HOUSEHOLDS looking for broadband and TV deals might want to check out Sky’s Black Friday offers to see if they can save.

The telecoms giant has a host of packages discounted by up to 50 per cent for both new and existing users.

Of course, Sky doesn’t come cheap and you can save on TV subscriptions by switching to Freeview, but if you’re on the look out for a deal it’s worth checking what’s on offer.

So you need to weigh-up what’s important to you and then plug your details into a price comparison site, such as uSwitch, which compares TV and broadband bundles – including Black Friday sales offers.

You also need to check the set-up fees as there are a host of different charges depending on whether you’re a new or existing user and depending on what existing Sky package you have.

Looking to snap up a Black Friday bargain? Here’s where you can find the best deals.

Existing customers should also check if they’ll be charged early exit fees to move onto different deals – we’ve asked Sky and we’ll update this story as soon as we hear back.

Often you’ll be charged a fee if you leave your deal while you’re still within the contract’s minimum term – usually the first 12 to 18 months.

Dani Warner, broadband expert at uSwitch.com, said: “Sky is doing its best to turn Black Friday into Black Sky-day with an impressive 50 per cent off its TV packages and additional discounts available on broadband.

“So if you were thinking of getting a Sky package, now is a great time to take the plunge, but make sure that you’re happy signing up for an 18-month contract.”

Also, check online forums to see if these deals are decent based on historic prices – some users on the Hotukdeals forum say they spotted cheaper Sky deals last week.

You can see all the deals on Sky’s website, but we’ve rounded-up some of our top picks below.

With this deal you get every Sky Sports channel, over 1,000 movies on demand, Sky Box Sets, and Netflix.

There is a £20 set-up fee for new users – it might be more for existing users depending on your current package – and you’ll be tied into an 18-month contract.

On this deal, Ms Warner said: “The Black Friday mega-bundle, which includes the very best of Sky’s offering, has been slashed from £85 to £53.50, representing a significant saving.

“Customers choosing this option will save £31.50 a month – adding up to a £567 discount over the duration of the 18-month contract.”

This package comes with superfast fibre broadband with an average download speed of 59Mb/s, plus over 300 channels on Sky TV.

There’s a £29.95 set-up fee for new users – it might be more for existing users depending on your current package – and you’re locked into an 18-month contract.

Which retailers have already launched their Black Friday sales?

BLACK Friday is one week away but these shops have already started knocking down prices.

But you could, for example, opt for TalkTalk’s 18-month TV and broadband contract instead, costing £25.95 and with no set-up fees.

You get broadband speeds of 38Mb/s and 114 TV channels including Sky One.

Build your own Sky bundle

Build your own 18-month package with Sky and you’ll get 50 per cent off all TV packages.

Just remember to factor in the £29.95 set-up fee for new users – it might be more for existing users depending on your current package.

Ms Warner points out that Sky-owned NOW TV also has 50 per cent off, so that may be a better deal.

She said: “For those who don’t want to commit to a long contract, NOW TV’s Black Friday sale offers a 50 per cent discount on the price for a single month.

“The Sky Cinema and Entertainment Pass – which brings together premium pay TV from Sky – at NOW TV is £14.99 a month for Black Friday, rising to £20.98 a month thereafter, compared to £31.50 a month for Sky’s equivalent.

“Keep in mind, however, that this doesn’t include broadband or Freeview channels so isn’t quite like-for-like.”

What to expect from Nasty Gal’s Black Friday 2019 sale

What is national insurance and what’s the threshold?

How to get help paying your energy bills this winter – save over £1,000

Some shops have already started their Black Friday sales early with sales of up to 60 per cent off.

If you’re a bargain hunter, you might want to check out these Black Friday 2019 early deals and rumours including Pandora, Dyson and Now TV.

Before you spend your money on Black Friday, you should check out our best buy guides with Sun Selects.

7 little-known tips to save money on Amazon 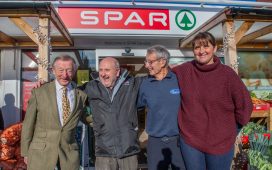 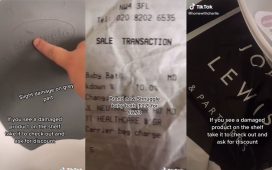 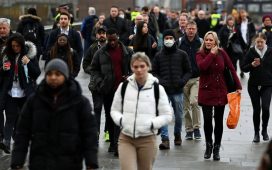