Skoda Enyaq is 2021 Scottish Car of the Year – Motoring Research


The pure electric Skoda Enyaq has been named Scottish Car of the Year 2021, one of four gongs picked up by the Czech brand at the latest awards.

The Octavia also collected a hat-trick of awards, being named best family hatchback, best plug-in hybrid and best estate. It is the first time a single car has won three category prizes in the Scottish Car of the Year Awards.

“Skoda had an amazing run,” said Jack McKeown, president of the Association of Scottish Motoring Writers, which runs the awards.

“The Enyaq saw off some tough competition to be crowned Scottish Car of the Year. Its styling, practicality and value were all factors, but it was the way it made switching from petrol to electric feel so easy that most impressed us.”

Speaking at the awards, Skoda UK head of marketing Kirsten Stagg said: “Electrification presents us with an incredible opportunity.

“As a brand, we have become known for delivering a high quality ownership experience without the premium price tag.

“We want to continue that as we transition into electric cars.”

Other victors in the 2021 awards include the Dacia Sandero, which was named best small car, and its crossover-style sibling, the Sandero Stepway, which took the best small SUV prize.

The BMW 4 Series was best executive car, the Mazda MX-30 took best EV for less than £35,000, the Suzuki Swace was the best hybrid and the SsangYong Rexton was voted best 4×4.

The highly-rated Hyundai i20 N, another favourite of Motoring Research received the envied hot hatch of the year award, while the Mazda CX-5 was named best used car.

“Every one of our category winners is a superb vehicle in its own right,” said Jack McKeown, “and even being shortlisted for a SCOTY award is an impressive accomplishment for any manufacturer.”

Scottish Car of the Year 2021 winners

Less than half of drivers know eyesight rules 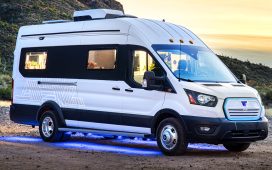 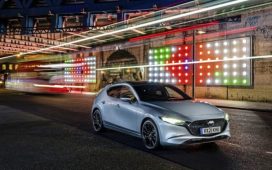 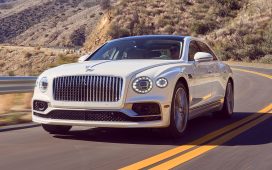 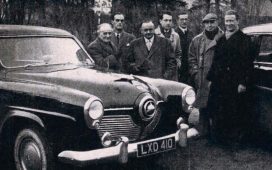