A charity that transforms the lives of unemployed young people by providing a leg-up into the workplace will be able to help more youngsters thanks to our Skill Up Step Up campaign.

First Rung was named today as the latest beneficiary over two years of our £1million campaign in partnership with Barclays LifeSkills.

The charity, which supports disadvantaged young people in developing their skills and finding employment, has seen an increase in demand from people aged 18 and over who have missed out on two years’ worth of opportunities due to the pandemic.

First Rung can now provide these young people with pre-apprenticeship support that was previously only available to those aged 16 to 18.

They can then go on to secure life-changing apprenticeships which lead to permanent employment.

First Rung is the third charity to benefit from out Skill Up Step Up initiative, which will help upskill unemployed and disadvantaged young Londoners so they can be “work ready” and step up into sustainable jobs or apprenticeships.

The other charities being supported so far are Springboard, which supports young people into jobs in the hospitality industry, and City Gateway, which will get young people work-ready with a 12 week employability programme.

Steve Woolcock, chief executive of First Rung, said there is even more demand from young people needing help now because of the pandemic.

He said: “Many young people are thinking their future is slipping away, and they have been seeing other people coming out of school or university taking opportunities that should have been theirs, but were not because they were caught by the pandemic.”

First Rung provides vocational training for young people who may have struggled at school and are unemployed and lack confidence. It helps them onto and supports them through apprenticeships which often lead to full time employment. But it also helps them with real life skills such as how to write a CV, how to behave in an interview and how to present themselves online.

What makes First Rung stand out is the level of “wrap around” support staff give to young people, and how dedicated they are to helping smooth out the barriers in the way of their progress. If they need food, students are provided with free breakfast and lunch at the training centres in Enfield and Brent, their travel costs are paid for, there is help with housing problems and counselling is available.

It is this caring, family atmosphere that many former students say helped them to turn their lives around.

Staff never give up on a young person. Mr Woolcock said one young man stands out to him because he was so anxious he could not even walk into the classroom at first. But he was so well supported by staff who sat with him and built up his confidence that he gained a qualification and is now preparing for job interviews. Mr Woolcock said: “If you had put that young person straight into an interview he wouldn’t have been able to speak so wouldn’t have been able to get the job. Making people believe in themselves and encouraging them is incredibly powerful. They often haven’t been encouraged – they were the kids who sat at the back and didn’t learn.”

Hannah Pullman credits the First Rung team for never giving up on her and helping her turn her life around.

The 18 year old from Wembley joined First Rung at the age of 15 after being asked to leave her school and was shocked by the amount of support she received. She said: “When I first started at First Rung I was still acting out but instead of getting upset with me the staff were very patient with me. It transformed my life.

“They were always checking in on me. They are very consistent and very persistent. They pushed me and even though I got tired of them I knew they did it for a reason. I sometimes thought ‘why are they being so irritating?’ but they kept on supporting me and checking me until I got it.

“At school people would lose patience and say I was a lost cause. I wondered why these people at First Rung were not giving up on me. They showed me there is no limit to what I can do with my life.”

Describing herself as “mouthy” while at school with behaviour that was not “up to standard,” she said that at First Rung this behaviour was not encouraged by the other students. She said: “At school, mouthy kids are egged on by other mouthy kids. But here everyone is laid back, and when people act out nobody entertains it – it’s like ‘come on, you are grown up now.’”

Hannah was able to gain her functional skills qualification at First Rung which led her to college to study art and design where she is thriving.

She has had her artwork displayed in public and wants to start a henna tattoo business and eventually go into architecture.

For Virginia Aduiar, it was the support from staff in helping her to be more independent that she said changed her life. The 19 year old from Queens Park was at a special needs school but felt she had outgrown it before joining First Rung. With the charity she completed a two-year apprenticeship in childcare and now is employed by a childcare agency, which is something she had not thought would be possible for her. She said First Rung allowed her to start doing more things by herself, which was more difficult at school where she felt she was not able to be as independent.

She said: “I am so much more confident now than when I first arrived. When I first joined I felt like I couldn’t do anything. I wanted to try and be independent and do work by myself, and only if I got stuck I wanted to be able to ask for help.

“They let me do this and I got so confident and independent. I am proud of where I am now and also shocked. Without First Rung I wouldn’t be doing anything, I would be at home bored.”

Virginia now wants to continue working in childcare and eventually train to be a teacher.

Leia Ward, 19, from Rickmansworth calls First Rung her second family. She struggled with her mental health at school during her A-Levels and realised “sit-down studying” was not for her. She opted instead for an apprenticeship in childcare with First Rung and began to flourish. She said: “I have changed so much. When I came here I was very shy and introverted and very low in myself. But it is a lovely place and I met my best friend here. My mood has lifted so much. It’s such a welcoming place and I wake up wanting to go into college.”

Alex Campbell, 19, also decided that A-Levels were not for her. She felt like she was on a conveyor belt that would end with her at university, which was not what she wanted. She is now doing an apprenticeship in childcare and working four days a week with children, which she said leaves her “floating on air.” She said: “At school I wasn’t doing anything that I was passionate about and the workload was too much for my mental health. We all had to apply to university in our first year of sixth form and it terrified me.

“I can work more at my own pace now and if I need to take a mental health day then I can. Work is my happy place, I love my job.

“I was very quiet, reserved and lacked confidence when I first joined First Rung and there were nights when I had such bad anxiety that I didn’t go to sleep until 6am. But now I look forward to coming in.”

Mr Woolcock added: “First Rung gives young people that first opportunity to move into work. But it’s not all about training. It is about confidence building and developing that young person, drawing them out of themselves and selling that to an employer.”

He urged businesses to get involved to offer opportunities for young people to train, without which young people cannot move forwards.

He said: “We need more opportunities, more work experience placements and apprenticeships. Money is great but these young people just want a job.” 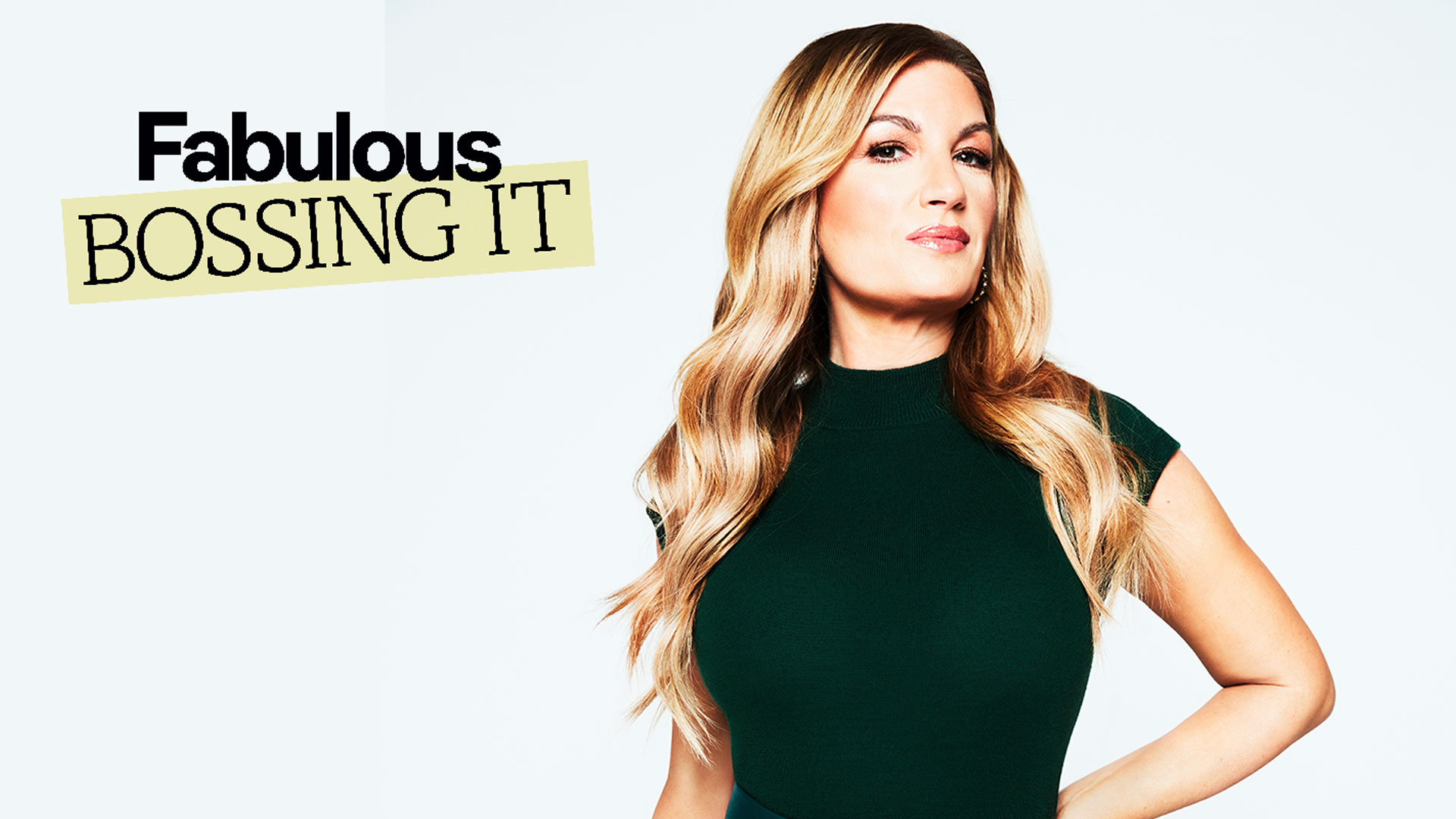 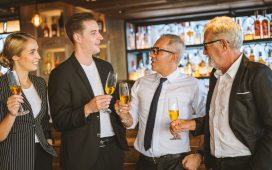 I finally got to meet my husband’s co-workers but they were acting strange, then I found out what he told them my job is

Top five myths about university busted by the experts

‘Women have the life of it’: Pregnant woman who says colleague told her maternity leave is ‘holiday’ wins payout

I’m a school receptionist – from Jack to Sam, these are the names of kids who will ace (and flunk) GCSEs 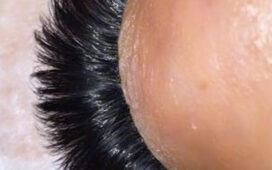 I’m a lash technician, my client wants to sue after she went blind, the glue melted to her contacts but I’m NOT to blame

Millions of workers urged to check pay packets NOW in case they are missing out on £1,000

I’m a Budweiser employee and we have to take an aptitude test in order to work – would you be able to pass it?