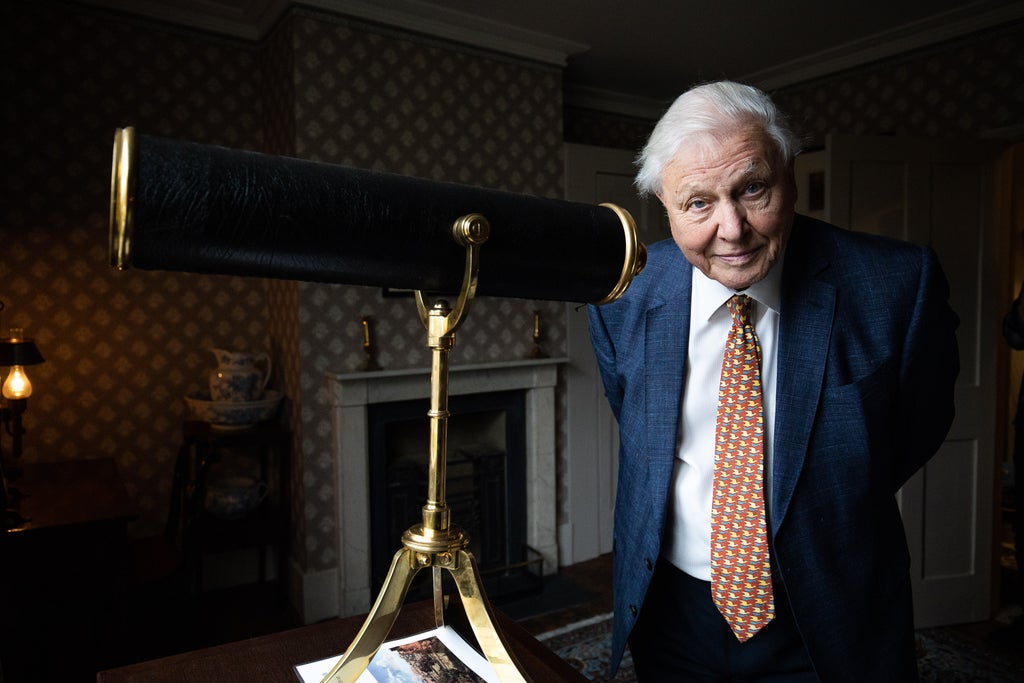 Sir David Attenborough has personally intervened to get rid of an incorrect quote on bees that was falsely attributed to him on a plaque at a shopping centre in Adelaide.

The plaque quoted Sir David as saying: “In the last five years, the bee population has dropped by a third. If bees were to disappear from the face of the Earth, humans would have just four years to live.”

The plaque, below a mural of bees at the Westfield Tea Tree Plaza, was first noticed by science graduate Heath Hunter in July.

According to Britannica, while the loss of bees would significantly impact human food systems, it will not result in bigger crises like famines or decline in human population. “The majority of human calories still come from cereal grains, which are wind-pollinated, and are therefore unaffected by bee populations,” the general knowledge encyclopaedia said.

The incorrect quote has been attributed to several iconic figures, including Albert Einstein, in the past.

Mr Hunter said he had seen the quote floating around on the internet a lot but never “seen it engraved and displayed in a public place”.

He reached out to the artist and was directed to the shopping centre’s management. “I’d just explained to them that it’s not true and would you mind removing it,” Mr Hunter said, hoping that the incorrect quote will be replaced, reported ABC News.

However, it was still there when he returned to the shopping centre a few months later, and he decided it was time to act.

Mr Hunter then reached out to the renowned broadcaster, seeking his attention.

Sir David responded to the science graduate, confirming that the plaque was incorrect.

“It is most kind of you to bring to my attention the notice that you describe in Adelaide’s Tea Tree Plaza. You are, of course, quite correct in thinking that I never made the statements they attribute to me and that they are false — both in substance and in attribution,” Sir David wrote to Mr Hunter.

He told Mr Hunter that he does not use email and so could not contact the Tea Tree Centre directly “but would be most grateful if you were able to forward it to the Centre on my behalf”. He attached another letter addressed to the shopping centre, asking them to take the plaque down.

But even then the plaque was not removed for at least three weeks, Mr Hunter said. It was only after the Plaza officials got a call from a journalist that the factually incorrect plaque was taken down on Monday.

“I sent them that about three weeks ago, but they got a call from a journalist yesterday morning and it came down pretty quick,” Mr Hunter said.

The Westfield Tea Tree Plaza confirmed that the plaque had been taken down. “We appreciate the customer bringing this to our attention,” a spokesperson said.