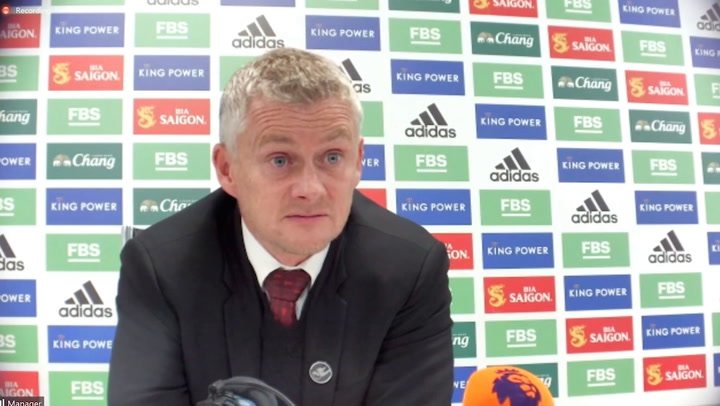 Manchester United find themselves in a tricky situation – and, so far, Ole Gunnar Solskjaer has struggled to find the answers.

The Red Devils saw their poor form continue with a resounding 4-2 defeat against Leicester City at the weekend.

The result has piled the pressure on Solskjaer, although it is understood United’s senior figures have no intention of sacking the Norwegian.

Despite his future being secure for the time being, Solskjaer needs to find a solution to their recent performances.

And former right-back Gary Neville has outlined exactly what the legendary Sir Alex Ferguson would do in this situation.

Neville reckons Ferguson would go back to basics, solidify the midfield and play a narrower shape to keep things tight.

He went on to explain that Ferguson would “work on the theory” that keeping a clean sheet was the best way to stop the rot and trust one of the strikers to grab a goal.

Speaking on an Instagram Live on Sunday, Neville explained (Via Metro ): “I like Cavani. Do you know what, I’d stick Cavani and Ronaldo up front and play two up and play a narrow midfield four.

“I always remember when we were in trouble at times at United, Sir Alex would put Nicky Butt in midfield with Roy Keane.

“He’d put Scholes just off to the left and tuck him in a bit, he’d put Becks to the right – or he’d even put Darren Fletcher to the right – and play a narrow four and leave the two strikers up knowing they’d get a goal.

Is Ole Gunnar Solskjaer’s job at risk? Comment below

“We always used to work on the theory, when we were playing badly and we were in a bad moment, that you keep your shape, keep a clean sheet and just one of them lot up front will score a goal.

Speaking after their unbeaten away run ended against Leicester, Solskjaer took responsibility.

He said: “When you look at the game after, the four goals we conceded were poor. The way we played we don’t deserve to continue that (away unbeaten) run.

“I pick the team, Harry Maguire showed no reaction and I hold my hand up if that does not work out. If we concede four, I probably made a bad decision.

“Lately we have not been in great form, lost too many points and that is something we have to look at. We might have to change, do we need more legs in there? What do we need?

“I have got many good players. Fred, Edinson Cavani, you miss them. I am not making excuses for the team I put out there, they are top footballers and we have not produced.

“It says everything our best player was David but we still conceded four goals.

“We have to dust ourselves off. Make sure that when we come in again, freshen our minds, we’ve looked ourselves in the mirror, I’ve looked myself in the mirror, and make sure we perform. That is the nature of football, you have to respond to set-backs.”