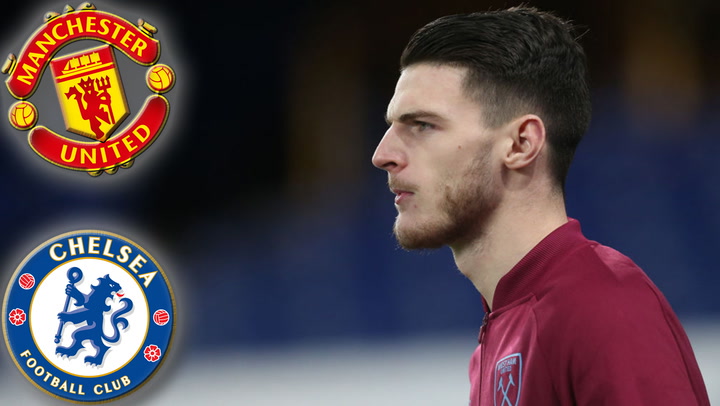 Declan Rice: All you need to know about Man Utd and Chelsea target

Ole Gunnar Solskjaer’s side were humiliated beyond belief at Old Trafford, suffering a historic 5-0 defeat to Jurgen Klopp’s rampant team.

Fergie was in attendance at the famous Manchester venue to watch United lose against their bitter rivals.

After Mohamed Salah scored Liverpool’s fifth goal in the 50th minutes – completing his hat-trick – the camera panned to the retired manager.

And Ferguson didn’t look impressed in the slightest, with thousands of United fans across the world sharing his frustration.

Should Manchester United sack Ole Gunnar Solskjaer? Let us know in the comments below

The visitors opened the scoring in the fifth minute when Keita slotted the ball beyond a helpless David de Gea in the United net.

After that, the goals flowed. Diogo Jota doubled Liverpool’s lead eight minutes later before Salah scored twice to give them a 4-0 half-time lead.

Remarkably, Paul Scholes predicted that scoreline after United recovered from two goals down to beat Atalanta on Wednesday.

He told BT Sport: “You celebrate every win, but the first half really worried me.

“People are going to say I’m miserable and I’ll maybe be slagged off by some United fans, but I looked at that game thinking about the Liverpool game.

“That first half United had two midfielders playing on their own and if they do that against Liverpool and [Manchester] City they’ll be four down by half-time.”

The game’s intensity slowed down in the 60th minute when Paul Pogba was sent off for a shocking challenge on Keita, leaving the Liverpool midfielder with a nasty looking injury.

Discussing the challenge on BBC Radio 5 Live, former United striker Dion Dublin said: “Wow. He left the floor, he was out of control and his studs were challenging.

“The way he [Pogba] left the pitch, he was resigned to the fact that it wasn’t his best challenge.”

Ferguson’s dismay comes just weeks after he criticised Solskjaer for dropping Cristiano Ronaldo for the 1-1 Premier League draw with Everton.

The legendary boss was heard telling UFC fighter Khabib Nurmagomedov: “You should always start with your best players.”

United legend Gary Neville was also unimpressed with the team’s performance on commentary for Sky Sports.

He said: “The pressure after this game is going to be intolerable in some quarters.

“The board have made everyone aware that they are steadfast in their support of the manager and that he stays. Results like this undermine that, there’s no doubt. This is sobering.

“Manchester United need to change. I believe Ole Gunnar Solskjaer is going to get the opportunity to change. But there is going to be pressure from every source.”

Neville later added: “I fear what this defeat will do to these Manchester United players. There’s no doubt the manager will get an absolute battering.”