In his remarks, Chinese President Xi Jinping said the country is willing to work with Singapore to deepen practical cooperation.

“The cooperation between the two countries goes beyond the bilateral scope and exerts an exemplary effect at the regional and international levels,” Mr Xi said in remarks to President Halimah Yacob, according to a readout from the official Xinhua news agency.

As the world undergoes changes not seen in a century because of the coronavirus pandemic, China is willing to work with Singapore to further develop the Belt and Road Initiative, Mr Xi said.

“China is willing to work together with Singapore… to deepen pragmatic cooperation in various fields, jointly safeguard multilateralism and free trade, and promote greater development of bilateral relations for regional and global stability and prosperity,” he added.

“China is willing to work with Singapore to… keep pace with the times, pioneer and innovate, deepen the alignment of development strategies, and help the two countries and the region overcome challenges and usher in better future development prospects,” he wrote, according to Xinhua.

On Oct 3, 1990, the two countries’ foreign ministers signed a joint communique at the United Nations headquarters in New York, marking the start of diplomatic relations.

While there had been visits and prior interactions, they were arranged through Singapore’s trade office in Beijing.

The Chinese Embassy in Singapore also released on Saturday the first of a three-part documentary celebrating 30 years of bilateral relations.

The episode examined the early stages of bilateral relations and the inaugural joint government project, the Suzhou Industrial Park.

The book was launched by Senior Minister of State for Foreign Affairs and Transport Chee Hong Tat and Chinese Ambassador to Singapore Hong Xiaoyong.

FOCUS: Biden looks better than Trump for Asia, but may prove soft on China 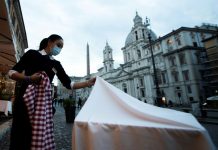 CGTN Interview: Time for an 'Asian NATO' to prevent Western interference in the continent