Kyrsten Sinema publicly and bluntly reaffirmed she would not support any change to the filibuster rules on Thursday, effectively killing her party’s hope of passing the most sweeping voting rights protections in a generation.

Sinema took to the Senate floor around noon on Thursday and said she would not support any changes to the filibuster, the Senate rule that requires 60 votes to advance legislation.

“While I continue to support these [voting rights] bills, I will not support separate actions that worsen the underlying disease of division infecting our country,” said Sinema, a first-term Democrat from Arizona.

Sinema’s speech comes at an extremely perilous moment for US democracy. Republican lawmakers in 19 states have enacted 34 new laws, according to the Brennan Center for Justice, that impose new voting restrictions. They have also passed a slew of bills that seek to inject more partisan control into election administration and the counting of votes, an unprecedented trend experts are deeply concerned about and call election subversion. Many of those measures have been passed in state legislatures on simple majority, party-line votes.

For months, Sinema and fellow Democrat Joe Manchin have staunchly defended the filibuster, which stands as the major hurdle to voting rights reform. No Republicans support either the voting rights bills or changing the rules of the filibuster, so Democrats cannot do anything unless both senators are on board.

Chuck Schumer, the Democratic leader in the Senate, has pledged a vote on the measure and rule changes by Monday, a public holiday to celebrate the civil rights leader Martin Luther King.

The opposition is also a major blow to Joe Biden, who gave a speech in Atlanta on Tuesday calling on Democrats to support the bill. Sinema gave the speech about an hour before Biden traveled to the Capitol to meet Democrats to urge them to support rule changes.

“I hope we can get this done but I’m not sure,” Biden said after his meeting with Democrats on Thursday.

Manchin released his own statement on Thursday afternoon confirming he would not vote to change the filibuster.

“For those who believe that bipartisanship is impossible, we have proven them wrong. Ending the filibuster would be the easy way out. I cannot support such a perilous course for this nation when elected leaders are sent to Washington to unite our country by putting politics and party aside,” he said.

The White House press secretary, Jen Psaki, said the White House would continue to fight for voting rights legislation, but declined to offer any specifics. “We’re gonna keep fighting until the votes are had,” she said.

“History will remember Senator Sinema unkindly. While she remains stubborn in her ‘optimism’, black and brown Americans are losing their right to vote,” said Martin Luther King III, the son of the civil rights leader. “She’s siding with the legacy of Bull Connor and George Wallace instead of the legacy of my father and all those who fought to make real our democracy.”

“Arizonans value leaders who can compromise and work across the aisle, but let me be clear: the filibuster is non-negotiable. Indivisibles, like myself, worked tooth-and-nail to get Sinema elected in 2018 – we made calls, registered voters and knocked on doors in the 120F weather,” said Signa Oliver, an activist with the Arizona chapter of Indivisible, a grassroots group.

“We know the weight of this trifecta, and we will not sit idly by as Sinema lets our hard work and the prospect of a better country for all wither so she can be branded a bipartisan leader.”

Jared Huffman, a Democratic congressman from California, tweeted: “Shame on you.”

Mitch McConnell, the Republican leader in the Senate, praised Sinema’s speech as an act of “political courage” that could “save the Senate as an institution”, according to the Associated Press.

For months, Democrats have championed two bills, the Freedom to Vote Act and the John Lewis Voting Rights Advancement Act. The former measure would overhaul federal election rules to set baseline requirements for voter access. It would require 15 days of early voting, as well as same-day and automatic registration. It also includes provisions that make it harder to remove election officials without justification, and would make it easier for voters to go to court to ensure their votes aren’t thrown out.

The latter bill would require states where there is repeated evidence of recent voting discrimination to get changes approved by the federal government before they go into effect. It updates and restores a provision of the 1965 Voting Rights Act, that was struck down by the supreme court in 2013.

The US House passed a mega-bill on Thursday morning that combined both of those measures into a single bill. It was a procedural move to allow the Senate to quickly hear and debate the measure. 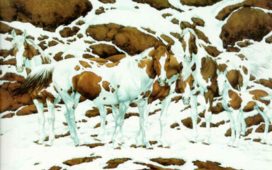 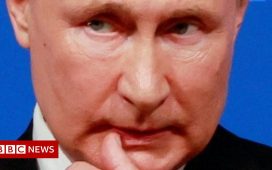 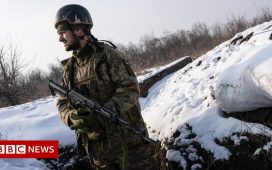