The American gymnast Simone Biles, the biggest star at the Tokyo Olympics and the greatest athlete in the sport’s history, last night walked away from the women’s team competition after admitting she had “freaked out in a high stress situation”.

In dramatic and unprecedented scenes at the Ariake Gymnastics Centre, Biles then talked powerfully and bravely about the mental health challenges of elite sport – before admitting that she hoped that speaking out would have an even more seismic effect than winning multiple gold medals.

The 24-year-old had been expected to launch an all-out assault on the record books in Japan, having qualified for six finals over the coming week, but stunned everybody when she told a trainer “I don’t want to do it – I am done” after just one vault before leaving the arena.

The remaining three US team members were forced to carry on without her, but Biles returned to cheer and applaud on her team-mates, who won a silver medal behind the Russian Olympic Committee, with Team GB claiming bronze. Later, however, Biles admitted that she had struggled with the demands of being one of the most famous athletes in the world, the unique pressure of these Games, and the added challenge from being stuck in a Covid secure bubble.

“I don’t trust myself as much as I used to,” she said. “I don’t know if its age and I’m a little bit more nervous when I do gymnastics. I feel like I’m also not having as much fun. This Olympic Games I wanted it to be for myself but I came in and I felt like I was still doing it for other people. It hurts my heart that doing what I love has been kind of taken away from me to please other people.”

She added that her coaches had 100% supported her decision. “They saw I was going through it and they totally agreed it was not worth getting hurt over something so silly, even though it’s so big – the Olympics Games,” she added. “But at the end of the day we want to walk out of here, not be dragged out of here on a stretcher.”

While not ruling out a return to competition in Thursday’s all-round final, when asked what her target for the Olympics was now, Biles simply replied: “To focus on my well-being. There is more than life than just gymnastics”.

Biles, who has been having counselling since the abuse of multiple US gymnasts by former team doctor Larry Nassar came to light, also admitted the pressure of the last few days in Tokyo had slowly begun to overwhelm her.

“Therapy has helped a lot as well as medicine and I feel like that’s all been going really well,” she added. “But whenever you get in a high stress situation you freak out and you don’t really know how to handle all of those emotions, especially being here at the Olympic Games.”

The American star had surprisingly struggled in her first appearance at these Olympics during Sunday’s qualifying round before admitting in an Instagram post afterwards that she felt like she had “the weight of the world on my shoulders at times”. However it was widely assumed that she would put that behind her leading the US team.

But it was clear that something was badly wrong when Biles failed to perform the vault she had intended – a Yurchenko with 2½ twists – weakening it down to 1½ twists and then stumbling on the landing. Her score of 13.766 points was the one of the lowest of her career.

What made it even more shocking was that for the past few years the American has consistently redefining the art of the possible with her incomprehensible blend of grace, power and physics-defying fearlessness. Earlier this year at the US Classic, Biles had made history by becoming the first female athlete to perform an extraordinarily difficult Yurchenko double pike vault in a competition – and was expecting to do it again in Tokyo.

With her team-mates by her side and encouraging her, Biles said she hoped that talking about mental health – so long a taboo in sport – would ultimately have more impact than winning medals. “I think so,” she said. “It brings a bigger light on mental health. And we’re not just athletes, we are people at the end of the day, so we have to focus on that.”

“I think it shows the power of the athlete in protecting my mental well-being,” she added. “I didn’t want to go out there and do something dumb and get hurt and be negligent. It’s not worth it, especially when you have three amazing athletes that can step up to the plate and do it.”

Last week Biles had also become the first female athlete and first Olympian honoured with her own emoji, which appeared whenever someone used the hashtags #SimoneBiles or #Simone, in honour of her being the GOAT – or greatest of all time.

In Rio she had equalled the women’s gymnastics record of capturing four golds at a single Games, and she was a huge favourite to become the oldest woman in more than five decades to win the Olympic all-around title. Yet in the quiet of the Ariake Gymnastics Centre none of that seemed to matter any more.

Speaking to the media, Biles said that the influence of Japanese tennis star Naomi Osaka, who pulled out of the French Open citing mental health concerns, had really helped her speak so freely. Osaka, who was seen as the Japanese face of the Games and lit the Olympic cauldron, was knocked out in the third round of the women’s singles at the Olympics on Tuesday and admitted that pressure was a factor.

“She’s been a huge inspiration,” she added. “A couple of days ago I watched her whole docu-series on Netflix and it really shined a light on it. It’s like, wow she’s one of the greatest athletes in the world and she took a step back and now look at her, she’s back here at the Olympics dominating. So sometimes it is OK to take a back seat – even at the most important meet.”

In the UK and Ireland, Samaritans can be contacted on 116 123 or by emailing jo@samaritans.org or jo@samaritans.ie. In the US, the National Suicide Prevention Lifeline is 1-800-273-8255. In Australia, the crisis support service Lifeline is 13 11 14. Other international helplines can be found at www.befrienders.org.

Once Covid world-beaters, the mood in New Zealand is changing – and Jacinda Ardern knows it | Tim Watkin 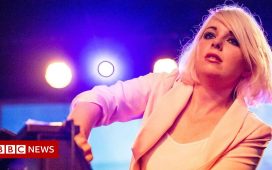 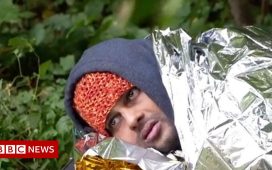