NEWSCABAL > education > Shutting all schools might not be enough to control mutant Covid, experts warn
education

Shutting all schools might not be enough to control mutant Covid, experts warn


A lockdown like the one we had in November is ‘highly unlikely’ to go far enough to control mutant Covid, government advisors have warned.

Even closing all schools might not be enough, experts in SAGE (the Scientific Advisory Group for Emergencies) concluded.

An update from a meeting held on December 22 shows that there are serious concerns in government about a mutated form of the disease which is believed to spread more easily.

The experts, including Patrick Vallance and Jonathan Van Tam who have often appeared during the government’s press briefings, warned in a situation update that it would he hard to maintain the R rate (the number of people each person infects) below 1 with schools open.

They also expressed concern about the return of university students in the new year, and said that two metres should be considered as the default rule for physical distancing as one metre is not far enough.

They said: ‘It is highly unlikely that measures with stringency and adherence in line with the measures in England in November (i.e. with schools open) would be sufficient to maintain R below 1 in the presence of the new variant.

‘R would be lower with schools closed, with closure of secondary schools likely to have a greater effect than closure of primary schools.

‘It remains difficult to distinguish where transmission between children takes place, and it is important to consider contacts made outside of schools.

‘It is not known whether measures with similar stringency and adherence as Spring, with both primary and secondary schools closed, would be sufficient to bring R below 1 in the presence of the new variant.

‘The introduction of Tier 4 measures in England combined with the school holidays will be informative of the strength of measures required to control the new variant but analysis of this will not be possible until mid-January.

‘The potential for the new variant to increase transmission associated with the return of universities in the new year also needs to be considered. Students are likely to begin travelling ahead of the start of term, including some who will plan to travel while there are railway engineering works taking place (which reduce capacity and therefore may reduce the ability to socially distance).’

In a document considering how to lower the risk from the new variant, they said previous interventions continued to apply but are ‘likely to require a step change in rigour of application’.

They said the two metre rule may need to be reconsidered and that ‘where regular interactions less than 2m are necessary this should include correctly worn face coverings’.

Face masks could be made mandatory even in places where people don’t currently have to use them, such as education, workplaces, and crowded outdoor spaces.

The experts said indoor mixing should be reduced to the lowest level possible, and if people cannot avoid it then they should wear a high quality mask.

They said that people should interact with each other at a minimum distance of two metres, as t’he risk grows exponentially as distance reduces below 2m, and may be 2-10 times higher at <1m compared to 2m distancing’.

SAGE also warned that there are likely to be more mutations of the virus that pose a higher risk: ‘The new variants that have emerged in the UK and South Africa are the first major cases of a mutated form of the SARS-CoV-2 virus that appear to present an increased level of risk, but they are unlikely to be the last.

‘It is important to monitor changes to the nature of the virus over time and adapt mitigation measures, and the rigour with which they are applied, accordingly.’

The government announced yesterday that secondary school pupils would go back to school a week later than planned, while primary schools in Covid hotspots would stay closed until at least January 18.

Ministers also plunged three quarters of the country into Tier 4 lockdown, where people are told to stay at home and only mix with one other person from a different household if they are outdoors. 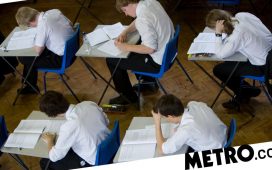 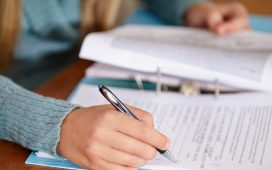 Most schools to rely on exam-style papers in GCSE and A-level grading this year, survey suggests

UK school teachers: tell us about your GCSE and A-level assessment preparations 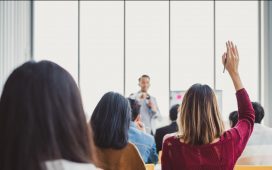