Samson Kambalu
Drawing on the cultural history of Malawi, this installation imagines an “initiation ceremony” for a new age of human equality.
Modern Art Oxford until 5 September.

Woburn Treasures
The art collection of Woburn Abbey is on show in this beautiful Inigo Jones palace while its usual home is being restored. Well worth seeing for portraits by Reynolds and Poussin’s Bathsheba.
Queen’s House, Greenwich, until 31 December.

The statue of slave trader Edward Colston that was toppled during a Black Lives Matter protest in Bristol last year has gone on display at the M Shed museum. Covered in graffiti and unable to stand upright, the statue will be exhibited alongside placards from the protest and a timeline of events. “The anti-racist movement isn’t about statues,” said Dr Shawn Sobers, from the We Are Bristol History commission. “But statues are a symbol of how seriously our cities in Britain are actually taking these issues.”

… while Gary Younge says all historical statues should come down …

Murals, gardens and a statue of Capt Sir Tom Moore will honour lives lost to Covid-19

War Inna Babylon opens next month at the ICA

Starmer’s student posing could over the Joy Division dads

Photographers documented the nightmare of the US drug crisis

Artists are shaking off the Brexit blues in Paris

Artists are ignoring the high carbon costs of non-fungible tokens

… while Stewart Lee has offered to take over as culture secretary

The ‘Michelangelo of Middlesbrough’ painted a million tiny cobbles

Ellen Gallagher is inspired by the sex life of coral

Mohamed Bourouissa thinks France has catching up to do

A printmaker has highlighted the existential plight of moths

Antoine Watteau, Fête Galante in a Wooded Landscape, c1719-21
Watteau’s heady blend of perfumed fantasy and acute realism is unique. This genius of the rococo style, with its frills and flowers and belief in pleasure, died young and left lovely visions for the ages. Here the melting, dreamy foliage and blue shade of a pastoral idyll is fleshed out when you look at the hedonists’ faces. Many are clearly portraits of very solid, unidealised people. And in a truly surreal touch that anticipates the cinema of Buñuel and Cocteau, the nude statue in the foreground seems to be coming to life. Not only is she waking but her very human body is depicted believably, with no regard for classical ideals. Watteau, the first great French modern artist, shows his fascinating originality.
Wallace Collection, London. 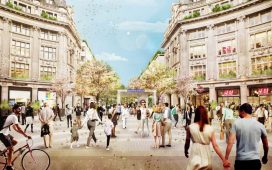