Everyone thinks their babies are little geniuses, but one mum managed to get the moment her child did something totally brilliant on camera.

Single mum Lyndsey Keenan, 28, was filming her babbling baby Roman when she caught him clearly saying ‘hello’ to the camera.

Mother-of-two Lyndsey said her jaw dropped when she caught Roman on camera saying his first ever word, months before anyone expected.

Lyndsey, a stay-at-home mum, who lives in Eastbourne, East Sussex, can be heard saying ‘hello’ back as she chuckles at the unexpected moment.

Little Roman, who has an older brother called Lex, 10, was born six weeks premature in July of last year.

Lyndsey questioned if her little boy ‘might be a little bit behind’ – but it seems he is actually well ahead.

And the mum is just pleased she managed to capture the whole thing on camera.

Lyndsey said: ‘Roman had made little noises before that, but never a full word.

‘We hadn’t been expecting him to talk yet anyway, especially as he was born six weeks early so I thought he might take longer.’

She added: ‘He was just babbling away like normal when he came out with that. It was so strange, because he says it so clearly.

‘I couldn’t believe I managed to catch it on video too. I immediately rang my friend to tell her what had happened.

‘He’s an intelligent little boy at just five months – when he says “hello”, it feels like he really means it!”

Imagine what he’ll be saying next.


MORE : Mum shares her life-saving trick to check if something is a choking risk for toddlers 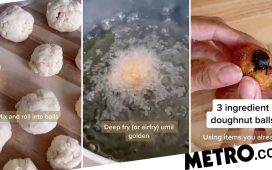 Vulnerable person cut off from landline and broadband for weeks

Havana: a virtual tour through food, music, films and books 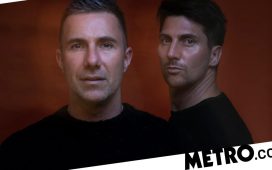 On the Road With: Techno DJ Tassilo Ippenberger on serving up bockwurst and an unforgettable night in Hong Kong 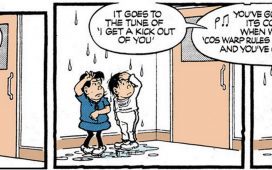 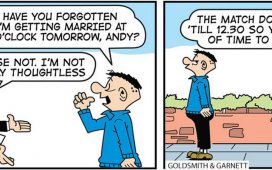