Shell has pulled out of a controversial new oilfield off the Shetland Islands, plunging the future of oil exploration in the area into doubt.

Shell, which was planning to exploit the field along with the private equity-backed fossil fuel explorer Siccar Point, cited a weak economic case as its reason for deciding not to go ahead with the project.

“After comprehensive screening of the proposed Cambo development, we have concluded the economic case for investment in this project is not strong enough at this time, as well as having the potential for delays,” Shell said.

Climate campaigners said the move by Shell was a “deathblow” for the controversial project, which has seen fierce opposition from activists across the UK.

The UK government was facing a legal challenge from Greenpeace over its decision to allow the new drilling to go ahead. After the Cop26 UN climate summit in Glasgow last month, Scotland’s first minister Nicola Sturgeon signalled she did not believe the project should go ahead, and should be subject to a climate assessment.

Green campaigners have argued that the green light for Cambo should not be given, in light of the UK’s legally binding target to reach net zero emissions by 2050. Government approval for exploration at the site, 78 miles (125km) west of the Shetlands, in waters 1,000 metres deep, was first given in 2001.

Ministers had announced in March that they would allow oil drillers to keep exploring the North Sea for new reserves, despite the government’s pledge to reduce UK carbon emissions to net zero by 2050, as long as they passed a “climate compatibility” test in addition to the existing environmental checks.

The International Energy Agency, the global energy watchdog, produced a report in May saying no new oil and gas exploration and development should be conducted after this year, if the world is to stay within 1.5C of global heating, the target the UK made the focus of the Cop26 summit.

The UK government had faced threats of legal action over the Cambo project. Lawyers from ClientEarth, an environmental law charity, wrote to Kwasi Kwarteng, the business secretary, just before the start of last month’s summit in Glasgow to warn against approving projects such as the Cambo oilfield by relying on outdated climate checks.

In the letter dated 29 October, seen by the Guardian, ClientEarth warned the government that any decision on offshore oil and gas developments must consider their full climate impact or its lawyers would be “prepared to challenge” ministers through a judicial review.

Tessa Khan, director of Uplift, which is coordinating the Stop Cambo campaign, said: “The widespread public and political pressure is what’s made Cambo untenable. There is now broad understanding that there can be no new oil and gas projects anywhere if we’re going to maintain a safe climate.”

Philip Evans, oil campaigner at Greenpeace UK, said: “This really should be the deathblow for Cambo. With yet another key player turning its back on the scheme the government is cutting an increasingly lonely figure with their continued support for the oil field.”

He called on the government to act, saying: “It’s time Boris Johnson put this distraction aside and got on with the urgent task of delivering a just transition for offshore workers and their communities to the green industries of the future.”

Connor Schwartz, climate lead at Friends of the Earth, said: “We have to see the end of North Sea projects as well as all new fossil fuel extraction: there is no future in them. Carrying on risks more than just balance sheets, it makes the path to 1.5C even harder.”

Ed Miliband, Labour’s climate and net zero secretary, said: “Shell have woken up to the fact that Cambo is the wrong choice. It’s long past time for the government to do so.”

Siccar Point, which operates the project, did not immediately reply to a request for comment.

A Shell spokesperson said: “Before taking investment decisions on any project we conduct detailed assessments to ensure the best returns for the business and our shareholders. After comprehensive screening of the proposed Cambo development, we have concluded the economic case for investment in this project is not strong enough at this time, as well as having the potential for delays.

“However, continued investment in oil and gas in the UK remains critical to the country’s energy security. As Shell works to help accelerate the transition to low-carbon energy, we remain committed to supplying UK customers with the fuels they still rely on, including oil and gas.

“We believe the North Sea – and Shell in it – have a critical role to play in the UK’s energy mix, supporting the jobs and skills to enable a smooth transition to Britain’s low-carbon future.” 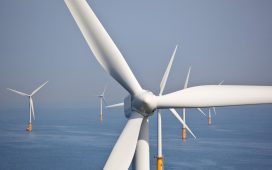 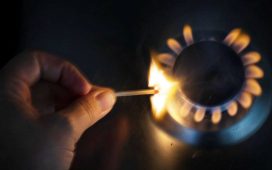