Sheffield Wednesday have posted their latest accounts, with worrying losses being attributed to the onset of the Covid-19 pandemic.

The Owls, relegated into League One on the final day of last season, only just published their figures for the year ending July 2020 last night.

It makes grim reading, with the club posting losses of £23million.

Turnover at the Hillsborough club fell from £22.76m to £20.86m, chiefly due to the fact that their last five games of the 2019-20 season were played behind closed doors.

A report accompanying the accounts, which was signed by owner Dejphon Chansiri, referenced the impact the pandemic has had.

It said: “The impact of the Covid-19 pandemic on revenue streams has had a significant impact on financial performance.

“The return of fans to the stadium is eagerly anticipated as the vaccine programme is rolled out.”

Elsewhere, the Owls did report a drop of £3million in the amount of wages being paid out. However, the overall losses are in stark contrast to the previous financial year (2018/19) when Wednesday made a profit of £19.1m.

Darren Moore’s side have been beset by off-field problems in the wake of their relegation in May.

A number of players were either not paid in full or on time, including a chunk of the many who officially left the club when their contracts expired last month.

That has left Moore with a skeleton squad. Later today his depleted team take part in their first pre-season friendly against Celtic.

Ironically, the Scottish giants recently poached two young assets from Wednesday with Liam Shaw and Osaze Urhoghide being recruited on free transfers – meaning Celtic will only have to pay the Yorkshire side a modest six-figure sum in compensation. 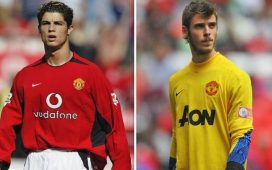