Chris Wilder has taken another swipe at Jurgen Klopp over the partial return of fans to some clubs.

The Sheffield United boss last week accused Klopp of being “selfish” over his demands for the return of five substitutes because it would help Liverpool.

And Wilder has taken aim again at the Reds boss for not calling for supporters to be allowed back into all Premier League grounds.

He says it is unfair that Liverpool can welcome back 2,000 supporters after next Wednesday while United and most other northern clubs cannot because they are in tier 3.

“He was never going to say what about Sheffield United getting their fans back in or Newcastle or Man City or Man United or anybody else. He’s a world-class politician.

“I know his background on support and how much Anfield has been a fortress. The Liverpool support is magnificent, I know it is because my old man is from that part of the world.

“I know he’s been vocal on that and Jurgen isn’t going to say it’s not right that they can have fans in as they’re in tier 2 and Sheffield United, Leeds, Manchester and all the rest of the north are not allowed in.

Is Chris Wilder’s criticism of Jurgen Klopp justified? Have your say here.

“It was funny looking at that map, wasn’t it? Shock! I think us in the north were fully expecting us to be in the old tier three as they kindly put us in.”

Wilder’s comments come after he highlighted what he sees as self-interest among certain Premier League managers last week.

“Cards on the table, he’s (Klopp’s) going to look after his own club,” said the Blades boss. “I’ve got incredible respect for these top managers because they produce top results and win things.

“They’re going to be bothered about Liverpool, Man City and Chelsea, which I understand and respect. I would be the same, but I’m bothered about Sheffield United and it doesn’t help us to have five subs.” 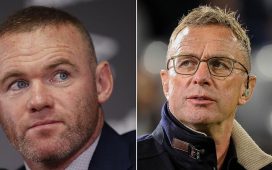 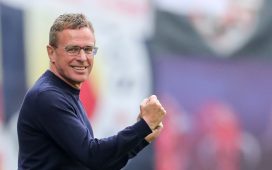