“They had six months to help but didn’t do anything.” That is the verdict of Natasha Abrahart’s parents.

Margaret and Robert Abrahart have accused Bristol University and mental health services of letting down their student daughter who had severe social anxiety and was found hanged on the day she was due to give a daunting presentation.

They argue the university should have known her condition made it excruciatingly difficult to talk in front of other students or teachers; that it had six months to put in place measures to help her through the ordeal of standing up at a “laboratory conference” in front of almost 50 students and assessors in a large lecture theatre.

Robert said: “She didn’t get run over by a bus and die in an instant. She was put through torment for six months before she died. What she had was a phobia, a fear. She would do almost anything to get out of a room she felt fearful in. It’s like a person with arachnophobia being put in a room of spiders. Her phobia was being negatively evaluated or judged in social or performance situations.

“Look at Natasha as she was that day. What were her options? Go and do the conference, when her biggest fear is to be judged badly by others? She would have frozen. But if she didn’t turn up she thought she’d be off the course, kicked out of the university, sent home in shame. They had six months to help but didn’t do anything.”

Natasha, 20, is one of 12 students at Bristol University who have, or are suspected to have, killed themselves since September 2016.

READ  Prostate cancer: Could this popular drink inhibit the growth of cancer cells?

The university has said its whole community was deeply affected by Natasha’s death and insisted she was supported. It claims it has worked hard to improve how it tackles mental health problems.

However, Margaret said: “I get really angry when they give these bland statements claiming they did everything they could to help. It doesn’t tally with what we’ve heard.

“It’s almost as though the death of a student, the life of a student doesn’t matter. It’s more important that they portray the right image. We would like them to say: ‘We made mistakes, things didn’t go well in this case and this is what we are doing about it’. There are problems at lots of universities but Bristol is worse. They won’t reflect and won’t admit the problem.”

The Abraharts claim they have had to drag the information about what happened to their daughter from the university. “Things have been hidden from us,” Robert said. “We’ve had to push and push and push.”

The couple said Natasha, from Nottingham, was shy from an early age and reluctant to speak out in front of others, but she was clever and independent, with a wide circle of friends. She did well in her A-levels and won a place on the prestigious four-year master of science physics course at Bristol.

“She was fully ready to go to university,” said Margaret, a retired psychological wellbeing practitioner. “We considered her a really strong person, well able to look after herself.”

The first year went well but by January 2018 her parents realised she was worried about being thrown off the MSci course. “She would have considered this a huge failure,” Margaret said.

On 20 March 2018 one of Natasha’s flatmates phoned the family home and told Robert, who was an associate professor at the University of Nottingham, that she had just tried to hang herself. “It was almost impossible to believe,” Robert said. “I couldn’t get my head around it. The whole world had been turned upside down.”

When Natasha spoke to her mother she said that what she had done was “silly” and there would be no repeat. Her parents offered to collect her but she insisted she wanted to stay until the end of term, a few days away. They made sure she had people around her and was seeking medical help.

Over the Easter break, she returned home and her parents were careful not to push her to talk if she did not want to, but to provide her with a safe and supportive environment. “She was subdued,” Robert said. “And she wasn’t working as hard as she normally did.”

Margaret said: “Had we not known about the attempted hanging, we wouldn’t have suspected that something was wrong. She cooked, baked, went out with her friends.”

On the last day of the holidays Robert asked her directly if it was safe for her to return to Bristol and questioned her over who she was speaking to at the university. Natasha told him she had talked to a member of staff called Barbara Perks in the physics department.

Margaret drove Natasha back to Bristol on 15 April. She was reassured her daughter was talking to medical experts and to the physics department. But on the morning of 1 May a police officer arrived at the family home and broke the news that Natasha had been found hanged at 2.30pm the day before. She had been due in the laboratory conference at 2pm.

“We felt numb,” Margaret said. “We tried to focus on the practical things in terms of identifying Natasha’s body, sorting out her flat and bringing her body back to Nottingham to be buried.”

But over the following months the couple began to investigate Natasha’s death and were shocked at what they found. It emerged there had been three suspected suicidal episodes in February and March.

After the first one, Natasha was seen by a GP at the student health service. The doctor concluded she was in an “acute state of distress” and made an urgent referral to the Avon and Wiltshire mental health partnership trust (AWP).

She met a psychiatrist on 23 February but an independent expert who investigated Natasha’s case said no adequate plan was drawn up for her. She was not seen by a recovery coordinator until two months later, on 26 April, four days before she died.

The Abraharts were shocked at how the university handled her case. They found she had been struggling since the start of the academic year. The laboratory conference was part of a crucial module that included one-to-one interviews with teachers. She ran out of the first one. “From that point she was failing,” Robert said. Natasha managed to do only two of the five interviews.

Adrian Barnes, a senior tutor in the physics department, met Natasha at the start of December and concluded she had “genuine social anxiety”. During the inquest into her death he insisted she was not being failed and the university was trying to find a way to help her.

But no special measures were in place by the time of the conference, and her family insist she definitely thought she was failing. “The university has argued they would have fixed it, but Natasha didn’t know that,” Robert said.

The Abraharts were shocked to discover Perks was not an academic or well-being expert but a student administration manager. They found an e-mail from Natasha to Perks in which she said: “I wanted to tell you that the past few days have been really hard. I have been having suicidal thoughts and to a certain degree attempted it.” Perks helped Natasha seek medical help but did not tell others in the department about the email because she was worried about confidentiality.

A central question of the case for the Abraharts is why nobody had a full picture of Natasha’s situation. They believe the medical professionals knew something of her state of mind but had no insight into her academic problems; and the university knew she was struggling with her work but did not know how the gravity of her mental state.

To the frustration of the Abraharts, neither the university’s disability services nor the student wellbeing service was called to give evidence at the inquest.

Robert said: “There are so many faults, it’s difficult to say one or other was responsible for Natasha’s death. Everywhere we’ve looked we’ve found a problem of some description.

“Why are there still these problems after so many deaths? It’s because nobody has been looking properly. Nobody has done an in-depth investigation.”

• In the UK, Samaritans can be contacted on 116 123 or email jo@samaritans.org. In the US, the National Suicide Prevention Lifeline is 1-800-273-8255. In Australia, the crisis support service Lifeline is 13 11 14. Other international suicide helplines can be found at www.befrienders.org. 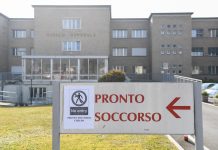 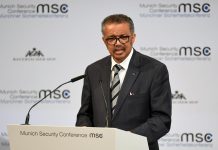